Brad Pitt and son Maddox stepped out in NYC -- and caused a frenzy on the street in the Big Apple! 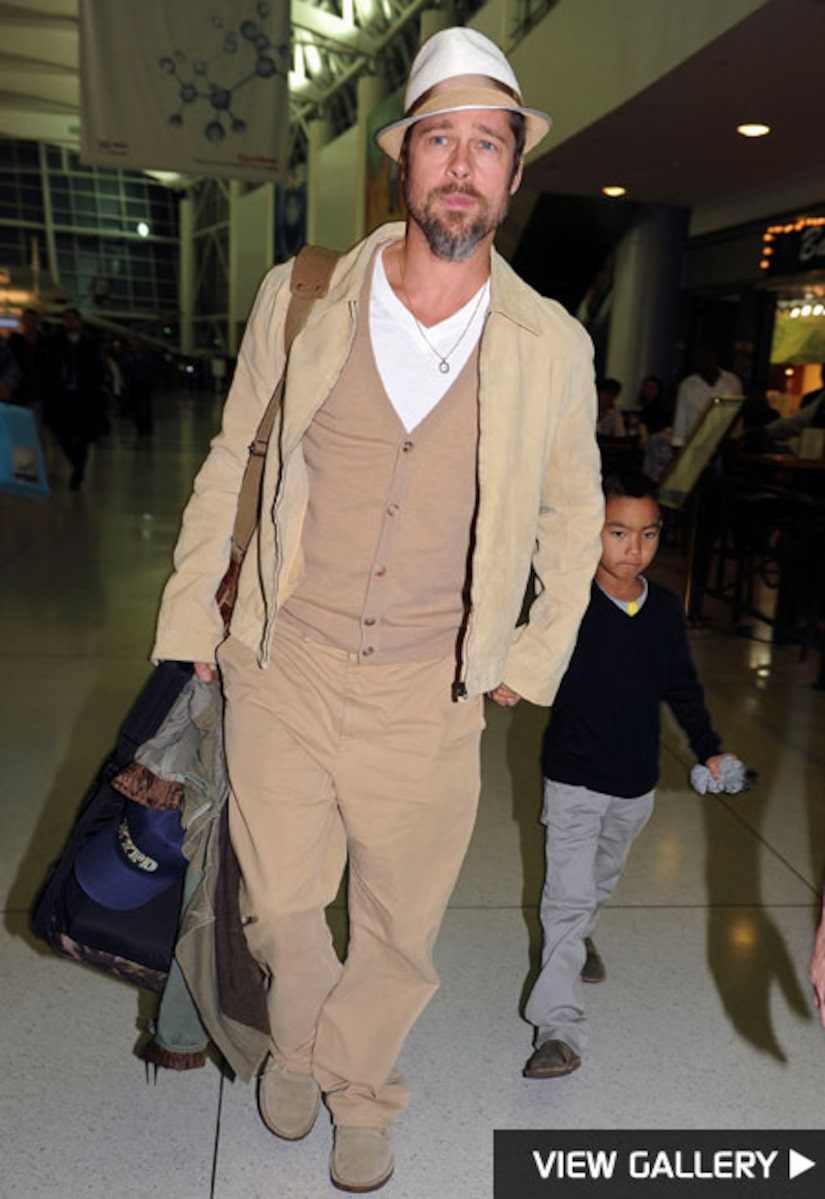 The "Benjamin Button" star and his son met a crowd of fans and paparazzi as they exited Dave and Buster's restaurant after an evening of eating and playing arcade games. Brad and Maddox then scurried to JFK Airport, where they jetted to Brangelina's compound in the South of France.