NBA star Lamar Odom tied the knot with Khloe Kardashian this weekend, but his children with ex Liza Morales were kept from the ceremony by their mother. 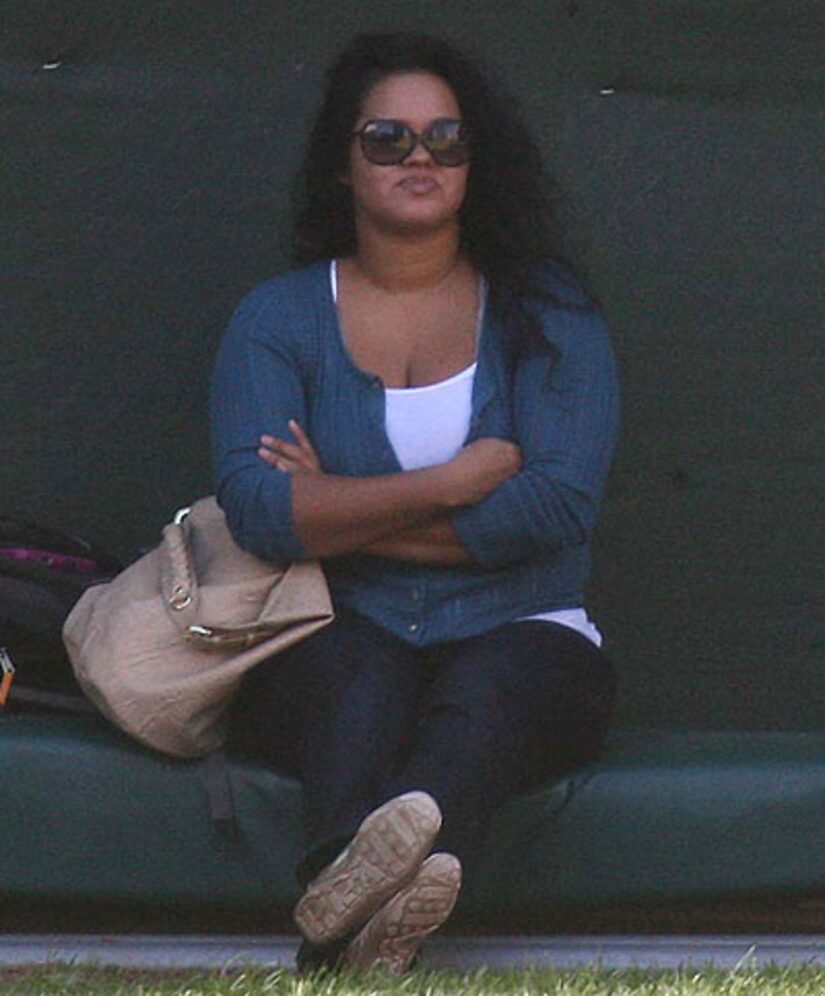 Morales denies reports that she had a "meltdown" when news of Odom's impending marriage broke, but admits to TMZ that she's had to put on a "brave face" for her kids. "Yes, the circumstances over the last few weeks have been upsetting but none of my actions publicly or from the privacy of my home could be classified as a meltdown. I have maintained a brave face for my children who are my main concern and I remain strong for them."

Liza continues, saying that she has "the support of my family and friends and Lamar's family have been nothing but supportive of me and the kids during this difficult time. I wish Lamar nothing but happiness we all deserve to be happy."

TMZ also reports that Odom and Kardashian decided to tie the knot on Sunday so that one of Khloe's reality shows could film the ceremony for the upcoming season. The production company is reportedly footing the $1 million bill for the ceremony.

Lawyers for the basketball player and reality starlet are reportedly working on a postnup for the newlyweds to sign, since their wedding came too quickly to draw up a prenup.