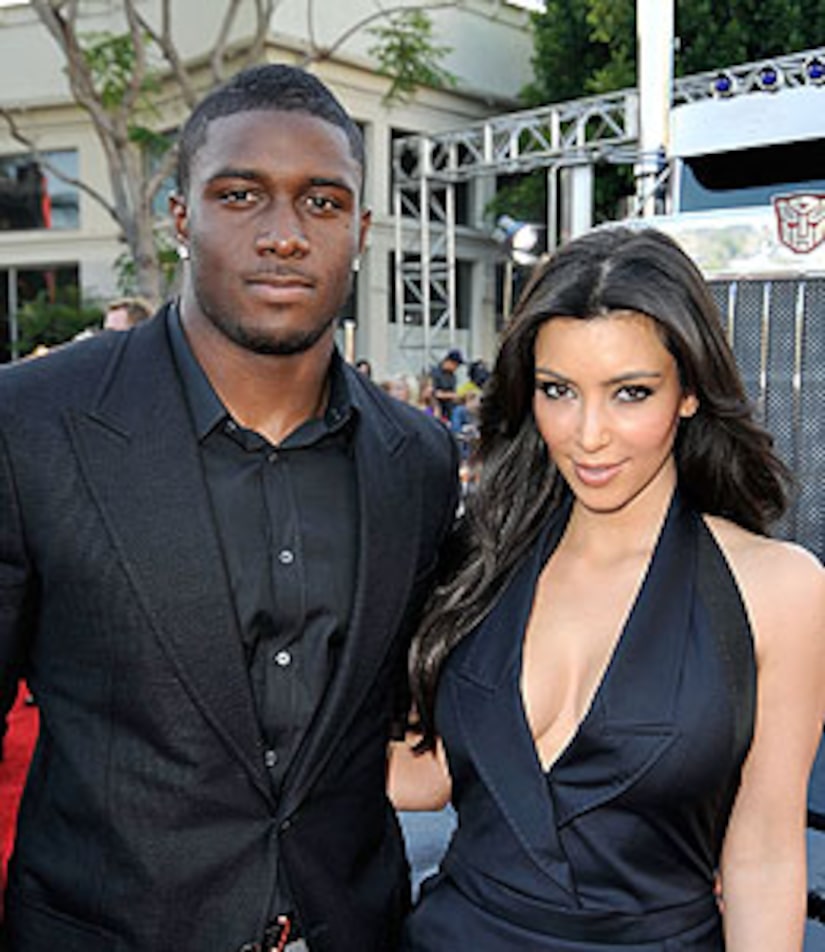 Love is in the air! Kim Kardashian has reportedly reconciled with her ex-beau Reggie Bush.

According to E! News, the reality star hopped a plane to New Orleans after her sister Khloe's wedding late Sunday night. The NFL star is currently in New Orleans, training with the Saints. "The wedding made her miss him, so she flew to see him," a Kardashian insider dishes.

While Reggie battled the Buffalo Bills in the football stadium, his mother, stepfather and brother attended Khloe's wedding.

Kardashian and Bush dated for over two years before splitting in July. Since their breakup, the couple has been spotted out together in the Big Easy.