MyHouse is the hottest new spot in Hollywood -- and only ExtraTV.com has exclusive access inside the club frequented by Paris Hilton and John Mayer -- where cocktail waitresses don't wear pants! 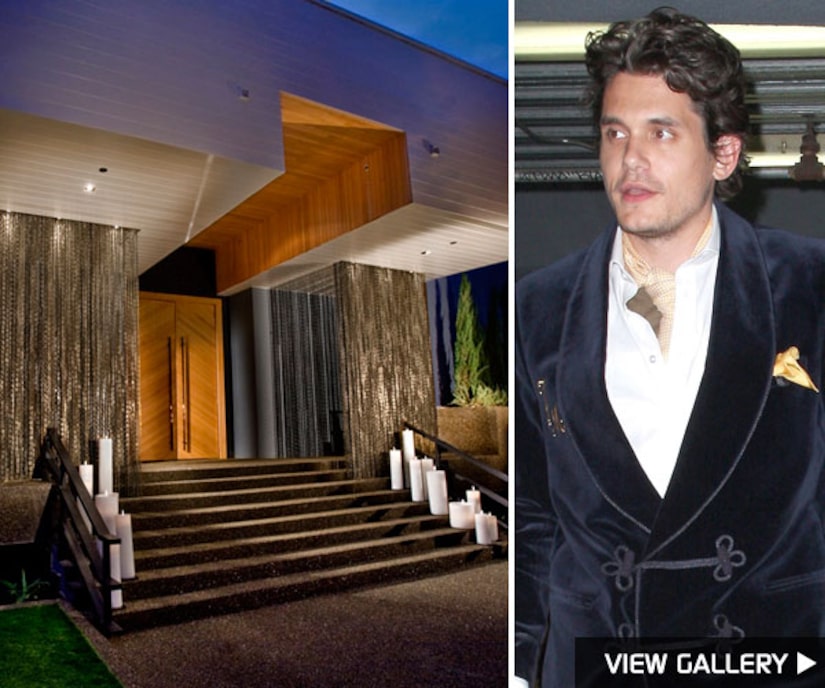 Stepping into MyHouse feels like entering a multi-million dollar bachelor pad in the Hollywood Hills. Co-owner Tony Daly says, "The best parties in Los Angeles are house parties," and there lies the idea behind MyHouse. Even the staff seem to feel at home ... super-sexy cocktail waitresses wear men's button-down shirts -- and nothing else!

Celebs love the "homey" vibe too -- party-hopping Paris is a regular, reality shows like "The Hills" and "The T.O. Show" have filmed there, the "Entourage" crew rented the space to shoot an episode, and smokin' hot John Mayer is often snapped by paparazzi on his way inside. Daly tells "Extra" the Grammy winner is a "fantastic guest," adding that on one night, the DJ played Mayer's "Your Body Is a Wonderland" and John grabbed the mic to sing along with the track.

The venue, which boasts a bedroom, sunken living room, stainless steel kitchen and a spa, even has a backyard patio with a working grill -- where one might see their favorite celeb just chillin' -- or enjoying performances by chart-toppers Kid Cudi and Keri Hilson.

Take note, getting into MyHouse isn't as easy as ringing the doorbell. You have to be willing to wait in line, or call ahead to reserve a table -- and shell out the big bucks for bottle service. Or you can become a celebrity and just show up.