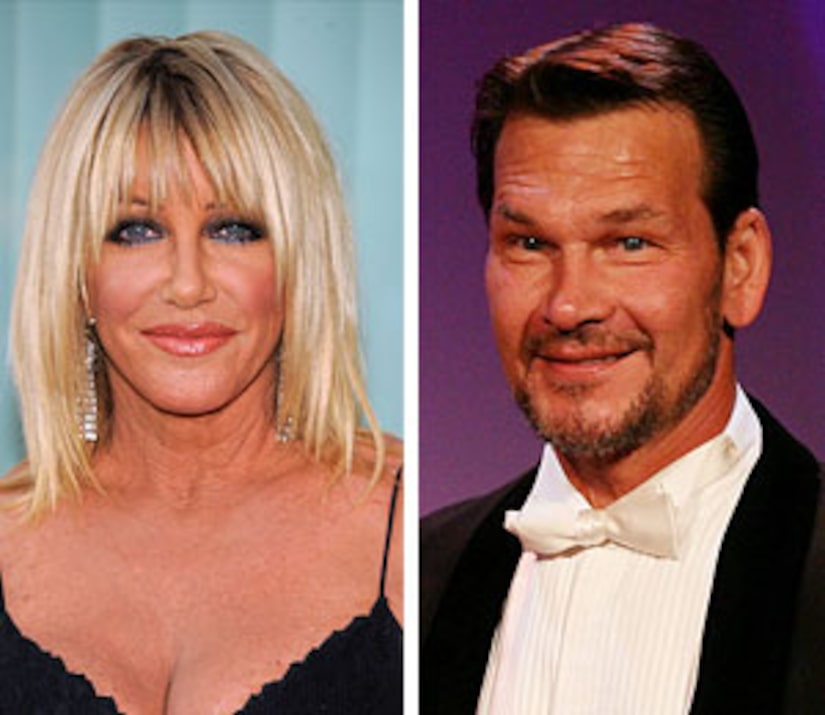 Somers has posted an apology for her comments about Patrick Swayze's death, saying that what she believed was a private conversation was actually with a reporter.

"I was very saddened to hear that Patrick Swayze passed away last week of pancreatic cancer, the most virulent and lethal of all the cancers. My heart and deepest condolences go out to his wife, Lisa, and his family, his friends, and the millions who loved him," Suzanne offered.

She continues, explaining that a man she did not know was a reporter took her comments out of context. "In a casual conversation at a private party (with someone who never identified himself as a reporter) at the Toronto Film Festival last week, I was asked about this beloved actor. It was never my intention to make an official statement about his passing. I was not informed or aware I was being interviewed. I would never have been so insensitive as to offer a public statement so close to his untimely passing. I sincerely apologize if my comment has caused any additional pain to his family during this difficult time."

Suzanne, a breast cancer survivor, relates to the pain Patrick suffered in his battle with pancreatic cancer. "Having had cancer myself, I know firsthand the pain and suffering heaped on patient and family... In Toronto, I was thinking out loud and wishing for a different outcome for this beautiful man and his devoted wife... I know that every choice made in this devastating situation was made with love and care."

Somers concluded that she was a major fan of Swayze's work, and was sorry that his life had been taken too soon.