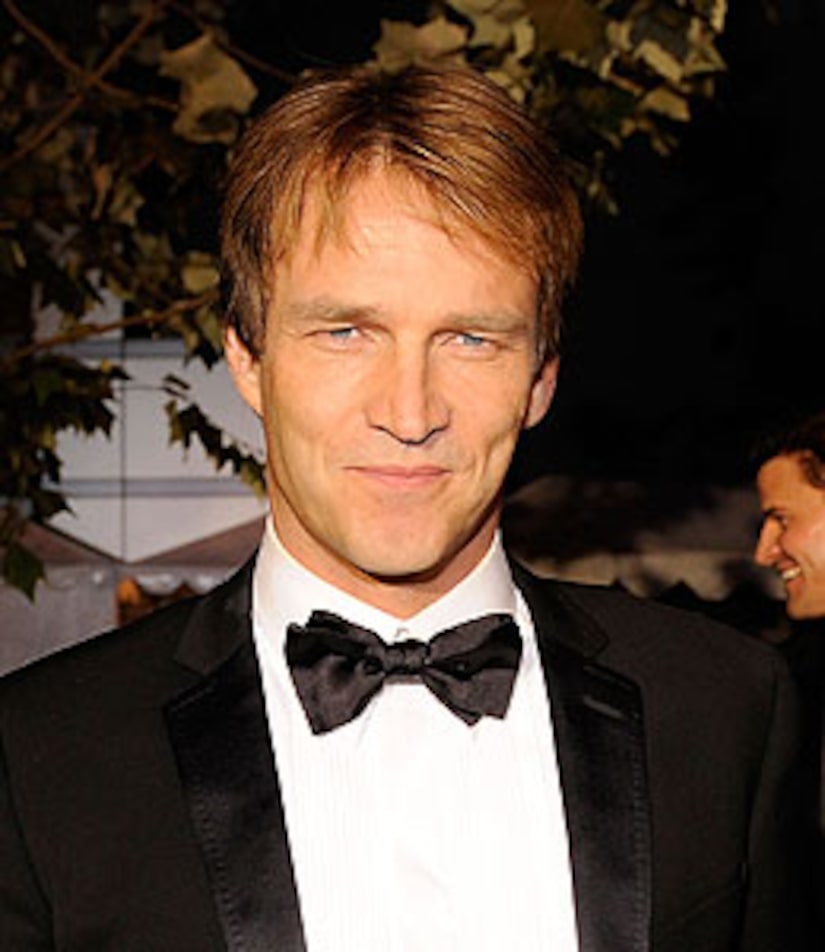 Sexy Stephen Moyer let slip to "Extra" that there will be more creatures than just vamps, shape-shifters and Maenids on the next season of "True Blood."

"The only word that I know about is werewolves," Stephen coyly told "Extra" at a benefit for Good Animal Dog Rescue at L.A. Dogworks. "I know nothing, but Alan has already admitted there will be werewolves. There are in book three of the series."

Moyer also dished on his engagement to co-star Anna Paquin -- and how she hates surprises. "I try to surprise her all the time and she loathes it," Stephen said, adding that his proposal shocked the actress. "She opened it up, she looked at it, and she looked at me. I said, 'It is what you think it is.' She said, 'Oh yeah what do I think it is?' And the rest is private."

Stephen also admitted to "Extra" that the pair kept their relationship under wraps for as long as possible. "We wanted it to be serious. We wanted to know that what we were doing was absolutely the right thing before we brought all the craziness -- you guys -- into it. We wanted to make sure it was the right thing for everybody to be doing before making that decision."

Moyer and Paquin have had the pleasure of filming numerous sex scenes together for "True Blood" -- but Stephen said that the crew's knowledge has taken away the awkwardness. "Our crew has seen everything -- seen all the wobbly bits. So I suppose the fact that they do know takes all the embarrassment away. 'Oh there's those two again getting their tongues down each other's throats.'"