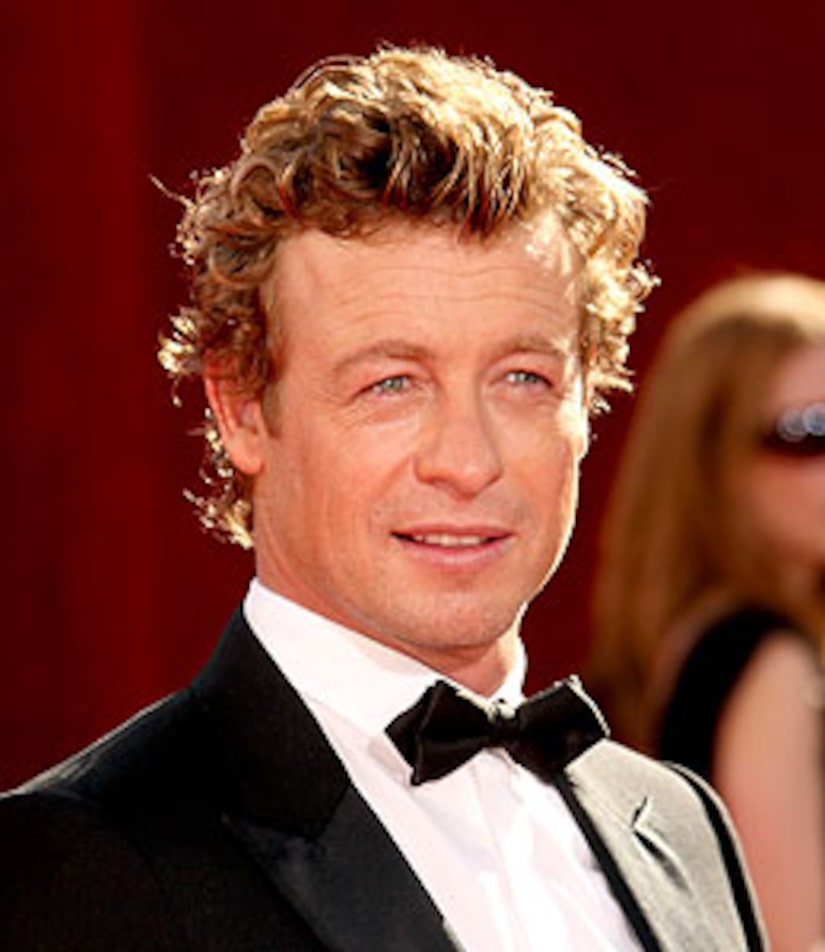 "The Mentalist" star Simon Baker dishes to "Extra" about how he avoids Hollywood scandal -- and keeps his name out of the tabloids!

"I don't think there's much scandal in my life, so I'm not really a magnet for it," Simon admitted to "Extra" of staying out of the limelight. "I work and live in a sort of hermetically sealed environment. I'm either at work or I'm at home with my family."

Baker's family includes three children with his wife of 11 years, Rebecca Rigg, whom he met on an Aussie soap opera. "It's funny because we didn't actually work that well together. She started acting when she was 11 and it was my first gig."

Simon went on to steal America's heart as bad boy Christian Thompson in "The Devil Wears Prada," before landing the lead role in "The Mentalist," which earned him an Emmy nomination for Outstanding Actor.

"The Mentalist" airs Thursdays at 10 PM on CBS.

The blonde-haired blue-eyed actor was born Simon Denny on July 30, 1969 in Launceston, Australia.

In 1995, Simon immigrated to the US. On “The Ellen DeGeneres Show” in February 2009, he announced he was applying for an American citizenship.

Before pursuing acting professionally, Simon worked as a bricklayer and in pubs back in Australia.

Baker once moved to Sydney to study nursing but never finished his degree.

Baker competed at the state level in surfing and water polo in his homeland of Australia.

Simon works with the Life Rolls On foundation to help young people with spinal cord injuries to catch a wave on a surfboard.

In 2002, People magazine named the actor one of the “50 Most Beautiful People.”