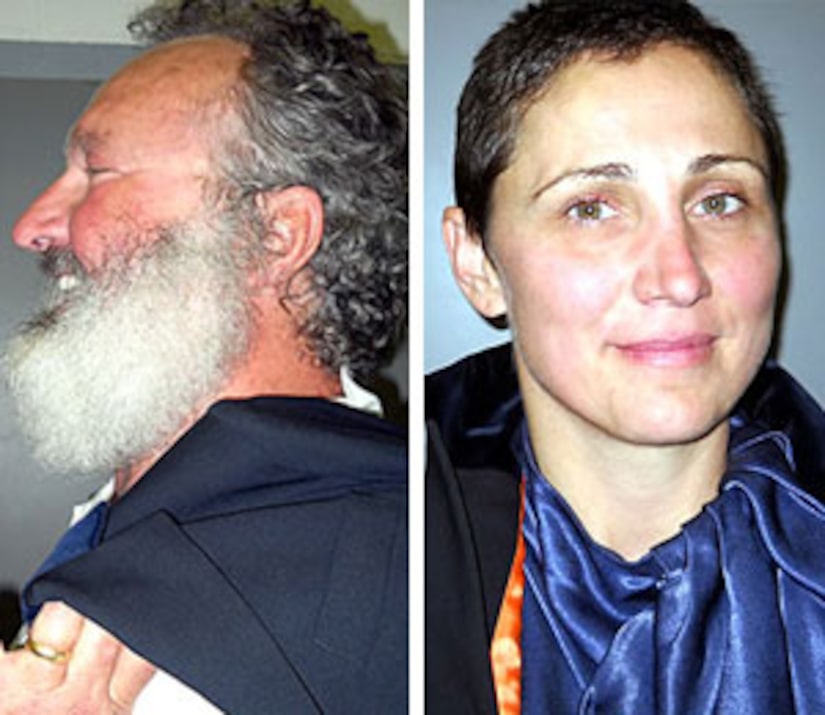 "Brokeback Mountain" actor Randy Quaid and his wife have been arrested in Marfa, Texas. The couple allegedly ran out on a $10,000 hotel bill in Santa Barbara County, Calif.

TMZ reports there was a struggle and officials were forced to wrestle Quaid's wife Evi to the ground.

They were busted on a felony warrant for burglary, defrauding an innkeeper and conspiracy. Bail is set at $20,000 each.

UPDATE: Evi was busted in December -- read details on the arrest

Most Shocking Moments of 2009

The former Miss California sparked controversy during the Miss USA pageant when she said she didn't believe in gay marriage. In June, Prejean was dethroned for reportedly breaching her contract.

Michaele and Tareq Salahi attended the president's State Dinner but were not on the guest list. Michaele also posted photos on Facebook of her with President Obama and Vice President Biden.

An audio recording of a profanity-laced tirade was leaked from the set of “Terminator Salvation.” Bale was incredibly angry after the director of photography interrupted filming.

Farrah Fawcett let cameras into her life while she traveled to Germany for cancer treatment. The documentary aired on NBC in May and received rave reviews. Fawcett lost her battle with cancer on June 25.

13. Miracle on the Hudson

US Airways pilot Chesley B. “Sully” Sullenberger landed his plane in the Hudson River and all 155 passengers survived.

The ESPN reporter was filmed through a hotel room's peephole while she walked around naked.

In July, the former VP hopeful announced she would not seek re-election and she resigned as Governor of Alaska. In November, Palin released the memoir, “Going Rogue: An American Life.”

Dugard was reunited with her family after being held captive for 18 years. The 29-year-old shared her story with People magazine, saying, “I'm so happy to be back.”

The actress died following a skiing accident on a beginners slope in Montreal. Richardson was flown to Lenox Hill Hospital in NYC where she passed away on March 18 at the age of 45.

Audiences were glued to their televisions when it was believed 6-year-old Falcon Heene was trapped inside a flying balloon. It was later revealed Heene was never inside the aircraft and was hiding inside his family's attic.

The media mogul began to cry on her talk show when she announced she would step down after 25 seasons on the air.

Suleman became a household name after giving birth to octuplets via Cesarean section in February. The single mother already had six other children and the octuplets brought the total to 14.

In an interview on “The Oprah Winfrey Show,” the actress revealed she engaged in a sexual relationship with her father, musician John Phillips. She wrote about her incestuous relationship and drug abuse in her memoir, “High on Arrival.”

The “Late Show” host said he was the victim of an extortion plot. Letterman also confessed to sexual relationships with female staff members.

Brown beat, bit and threatened Rihanna during a late night altercation in February. Brown was charged with two felonies and sentenced to 180 days of community service and 5 years probation.

The professional golfer admitted infidelity and decided to take an “indefinite” break from golf. So far, 14 women have claimed to have had a sexual relationship with Woods.

The King of Pop was rushed to UCLA Medical Center after suffering cardiac arrest. Jackson was pronounced dead at 2:26 PM PST on June 25 at the age of 50.