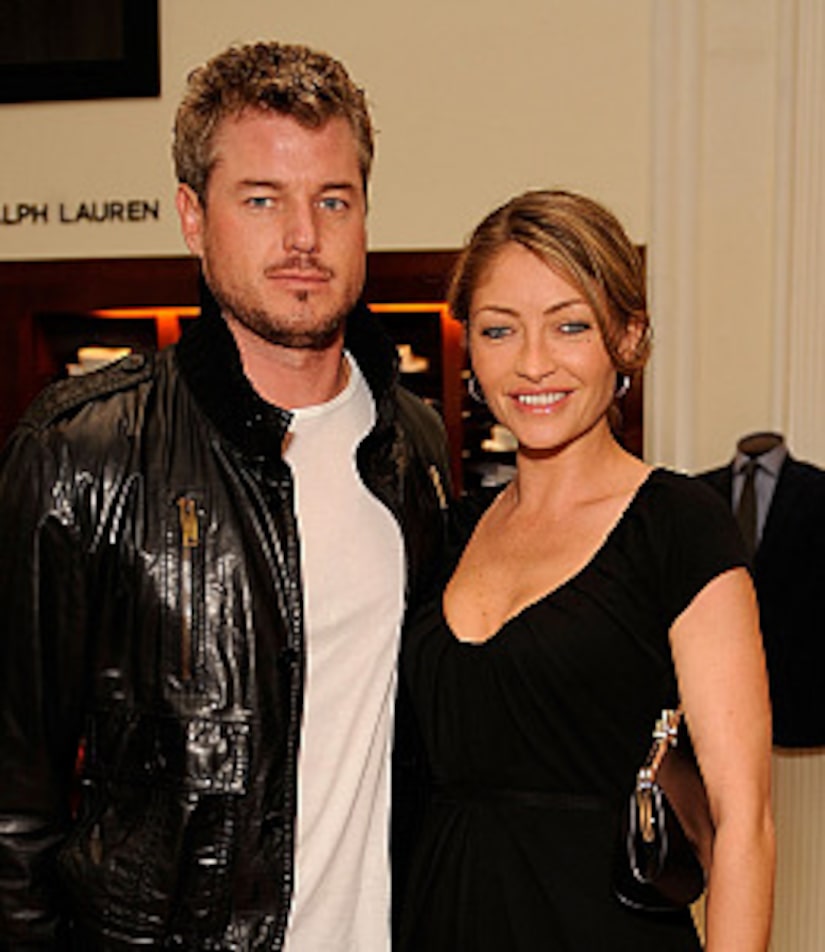 "Grey's Anatomy" star Eric Dane and wife Rebecca Gayheart have filed a lawsuit against the company that owns a blog that posted their nude tape online last month.

According to People magazine, the couple, who made a consensual and private home video with bad girl beauty queen Kari Ann Peniche, are suing Gawker Media for copyright infringement -- and asking for a whopping $1 million in damages. The tape featured the three in various stages of undress.

Gawker publisher Nick Denton took to his Twitter page to defend the company -- and warn stars against making scandalous videos. "To quote the great Marty Singer -- Eric Dane's lawyer -- if you don't want a sex tape on the Internet, 'don't make one!'"

The court papers accuse Gawker of violating Dane and Gayheart's legal and privacy rights, even after Singer warned the site about liability. Singer argues that the blog "went on to malicious distribute an uncensored copy" of the footage.