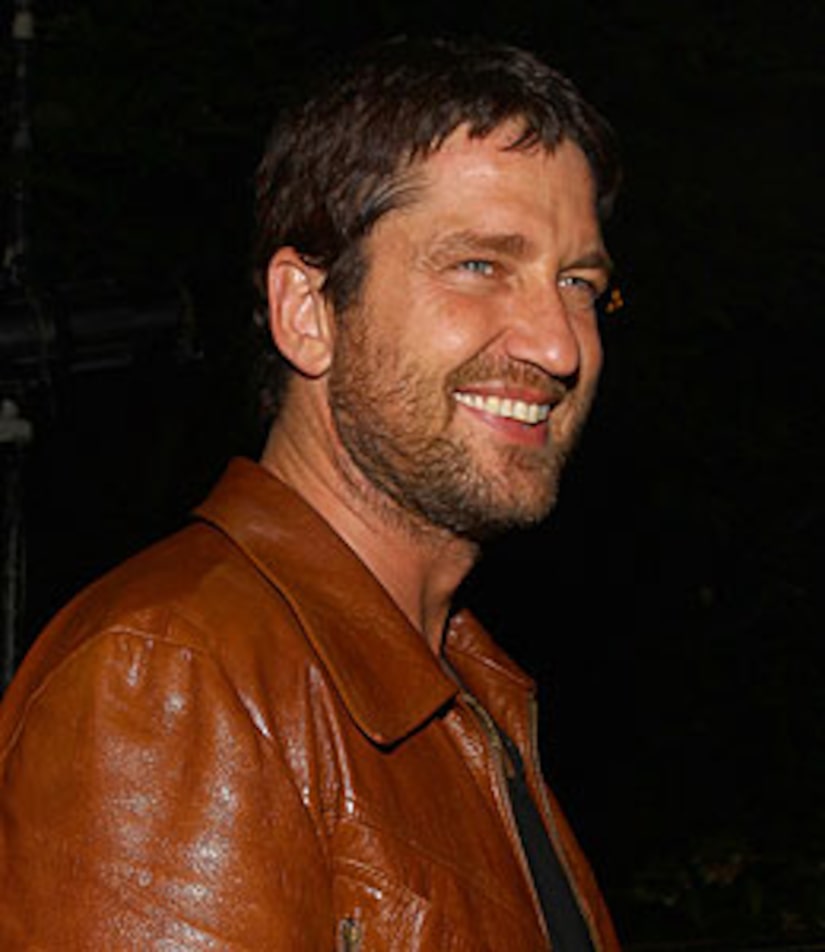 Gerard Butler plays an ordinary man who takes justice into his own hands in "Law Abiding Citizen" -- and in real life, he has the legal knowledge to do it!

Before "300" made Butler a household name, the actor was a practicing lawyer! Gerard tells "Extra" he studied law for five years, so he shied away from playing the District Attorney in the flick. "That's another reason why I didn't want to play the D.A.," Gerard said. "It'd be too much taking me back to that world... and I thought I was out of it."

'Extra' Gets the Facts on Butler

He was a lawyer before he became an actor! Although he was employed by a prominent Edinburgh law firm, he was miserable and drank too much — and was fired.

He was a singer in a rock band called Speed with fellow attorneys from his law firm.

After he was fired from his law firm, he worked in a carnival for a month, and claims he spent the whole month drunk.

He once caught hypothermia from a naked swim in freezing water for a role.

When he was first starting out, casting directors were skeptical that he could play intense and dark roles because of his goofy, easy-going manner.

Gerard saved a young boy from drowning in the River Tay when he was on a picnic with his mother, and was awarded a Certificate of Bravery from the Humane Society. He's humble about the experience.

For four months straight, he trained six hours a day to get in unbelievable shape for “300”.

He used to be a heavy smoker, but gave up the habit when he played a character in “P.S. I Love You” who died of lung cancer.

When it comes to relationships, he prefers women who are aggressive.

Butler thinks his portrayal of the Phantom in 2005's “The Phantom of the Opera” and his character in “RocknRolla” are the truest to his personality.

He believes the simpler the date, the more romantic the relationship.

It was rumored that Cameron Diaz dated Butler.

He was also rumored to have dated Naomi Campbell.

Gerry was also rumored to have dated Jennifer Aniston.

Butler was charged with battery for allegedly assaulting a paparazzo at the Crown Bar in L.A. after the “RocknRolla” premiere.