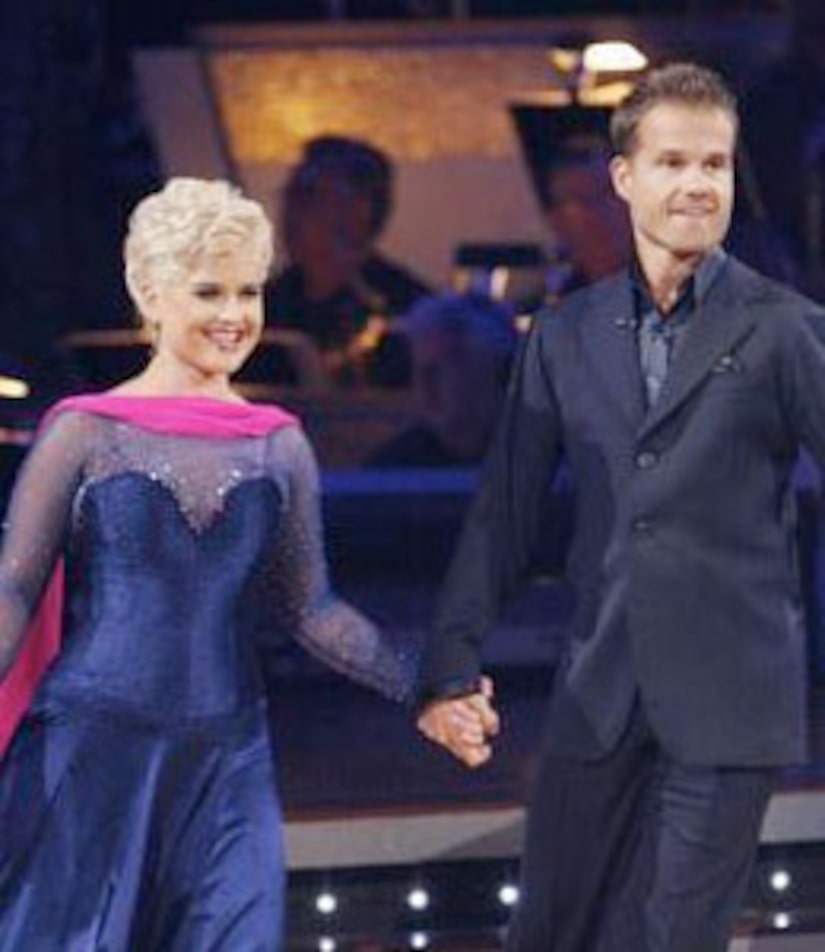 Kelly Osbourne stole the show on Tuesday night's "Dancing with the Stars." The reality TV star and partner Louis van Amstel took on the Viennese Waltz and surprised just about everybody!

Judge Bruno Tonioli saw "grace and elegance," and Len Goodman said it was the "best Viennese Waltz of the evening." Kelly's parents, Sharon and Ozzy Osbourne, were front row cheering-on their daughter -- and were clearly touched by her performance. Kelly and Louis scored 23 points out of 30.

Model Joanna Krupa and partner Derek Hough also stood out with their sizzling salsa. Krupa can shake it, and was very sexy on the dance floor. Len and Bruno agreed that the performance was hot -- and the couple earned a 24.

Dancing wasn't as easy for singer Macy Gray. The Grammy award winner and partner Jonathan Roberts' Viennese Waltz to "Natural Woman" was a little awkward. Bruno compared Macy to a child learning to take her first steps, and the other judges strained to remain positive with their comments. Macy and Jonathan scored a total of 15.

Tonight, a male and female contestant will be the first sent home from "Dancing with the Stars!"

Which female was your favorite? Vote now!

'Dancing with the Stars' Season 9 Partners

The superstar singer will take on the dance floor with Kym Johnson. Osmond's eldest son Don tweeted a congratulatory message to his dad, saying, “@donnyosmond Good luck on DWTS!!! You and Kym are going to win this season. You've got my vote every week! Love ya!”

The fighter and Anna Trebunskaya are paired this season. The two were spotted together leaving rehearsals.

The comedian/actor and Edyta Śliwińska will hit the dance floor together. Ashley's father George Hamilton tells “Extra” he should hold Edyta tight, but to “be careful for Alec, her husband. He'll kill you just like that!”

The “Entourage” actress was paired with Maksim Chmerkovskiy. Debi let the news slip via Twitter when she posted, “Did my 1st day at DWTS! My partner is MAKSIM!”

The pop star turned reality TV star will dance with Karina Smirnoff. The couple was spotted after their intense rehearsals outside of a dance studio in West Hollywood.

The supermodel is paired with Derek Hough. Derek posted a photo on Twitter of the two at rehearsal.