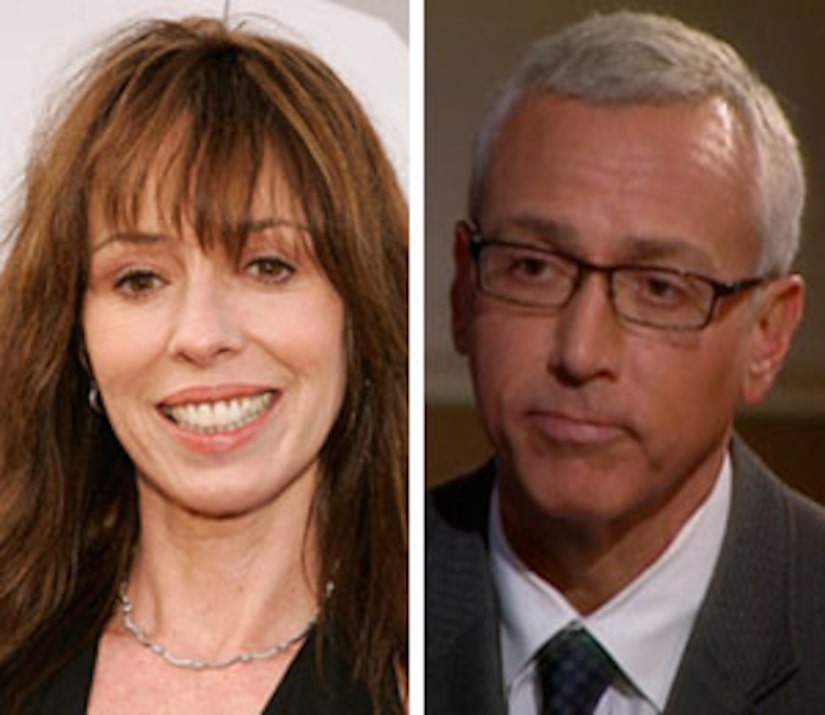 Dr. Drew Pinsky tells "Extra" the topic of Mackenzie Phillips' incestuous relationship with her father came up while shooting the upcoming season of VH1's "Celebrity Rehab." The addiction specialist breaks down the relationship between the 1960's rock star and his troubled daughter.

Dr. Pinsky says he and Phillips talked privately about the relationship, but out of respect for her family, she told him she didn't want those discussions televised.

"What's unusual about Mackenzie's case is there's a romantic quality to the relationship," Pinsky explains. He says her father assumed the role of "almost a cult leader where he was sort of using mind control over people and telling them that his way of seeing things was the right way," adding, "When you're a kid, you have no other way of seeing things and if you're then given drugs and addicted at the same time, it's hopeless for the young person."

Phillips declared on "Oprah" that she loved her father very much. Dr. Drew says, "She's been sober long enough that she can really reflect upon the fact that these were real feelings. This was somebody she really cares about and this was despicable situation."

Pinsky says incestuous relationships are more common than anyone can know, and there's an epidemic of childhood sexual abuse in America.

Season three of "Celebrity Rehab with Dr. Drew" is slated to premiere in early 2010.

Mackenzie Phillips was first known for her role in the 1973 hit movie “American Graffiti.” She began filming at age 12; she was 14 by the time it was released.

Mackenzie became a star on the 1975 sitcom “One Day at a Time,” co-starring Valerie Bertinelli. As the highest paid actress on the show, Mackenzie was reportedly commanding $47,500 a week.

Her drug use caused her to be fired from “One Day at a Time” in 1980. She went to rehab that year — with her father.

John Phillips (pictured on the left with Mama Cass Elliot and Denny Doherty) and his recording partner Scott MacKenzie co-wrote the 1960s hit “San Francisco (Be Sure to Wear Some Flowers in Your Hair).”

They also co-wrote the big 1980s hit “Kokomo” for The Beach Boys.

In her book, “High on Arrival,” Mackenzie claims her father wanted to run away with her.

“One night Dad said, 'We could just run away to a country where no one would look down on us. There are countries where this is an accepted practice. Maybe Fiji.”

Mackenzie returned to TV in the late 1990s, starring in the Disney Channel series “So Weird” as a veteran rock musician juggling motherhood and a career comeback.