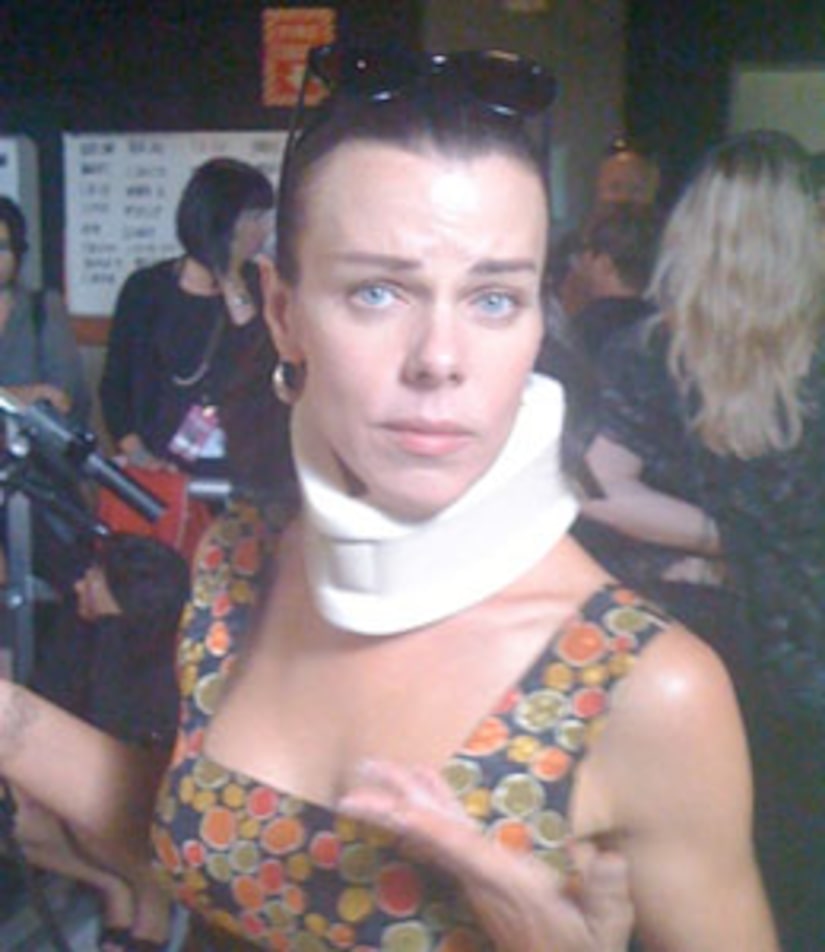 On Tuesday night, "Dancing with the Stars" newbie Debi Mazar showed off her salsa moves after weeks of intense rehearsals with partner Maksim Chmerkovskiy. The "Entourage" star earned a lousy 16 out of 30 points from the judges and injured herself during the relay performance!

Mazar tweeted that after the premiere, she visited the hospital for a torn muscle. She called the foxtrot "cruel" and "sadistic" and ended the post saying, "If only the judges knew." The actress also posted a photo of herself wearing a neck brace.