"Lost" star Michael Emerson won an Emmy for his work as bad guy Ben Linus on the hit series -- but when "Extra" talked to him, he had vampires on the brain! 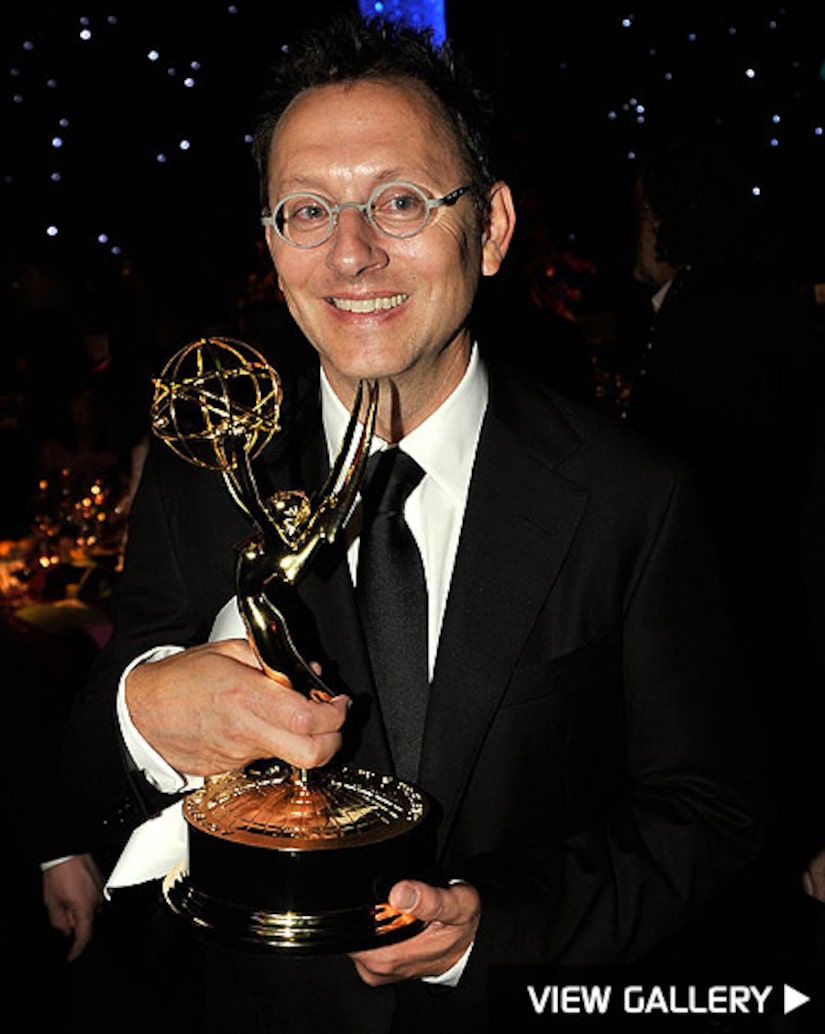 Emerson's wife, Carrie Preston, stars as Arlene Fowler on "True Blood" -- and guest-starred as Michael's mother in a "Lost" flashback. Emerson told "Extra" that he'd like to return the favor on "True Blood"! "I think it would be fun if I got to play her father," Michael said of guest-starring on the hit HBO series.

Michael continued, "I would go on any Alan Ball show to do just about anything. I will be the face in the window, I will be the cab driver... I don't want to be a vampire."

Preston chimed in, saying, "I think you should be a like shape shifter or something." Michael replied, "I think I should just be a funny human."

Michael coyly responded, "Perhaps I could be bitten in a strange place," to which Carrie replied, laughing, "That's for later!"

Check out 'Extra' pix from the Emmy red carpet here!