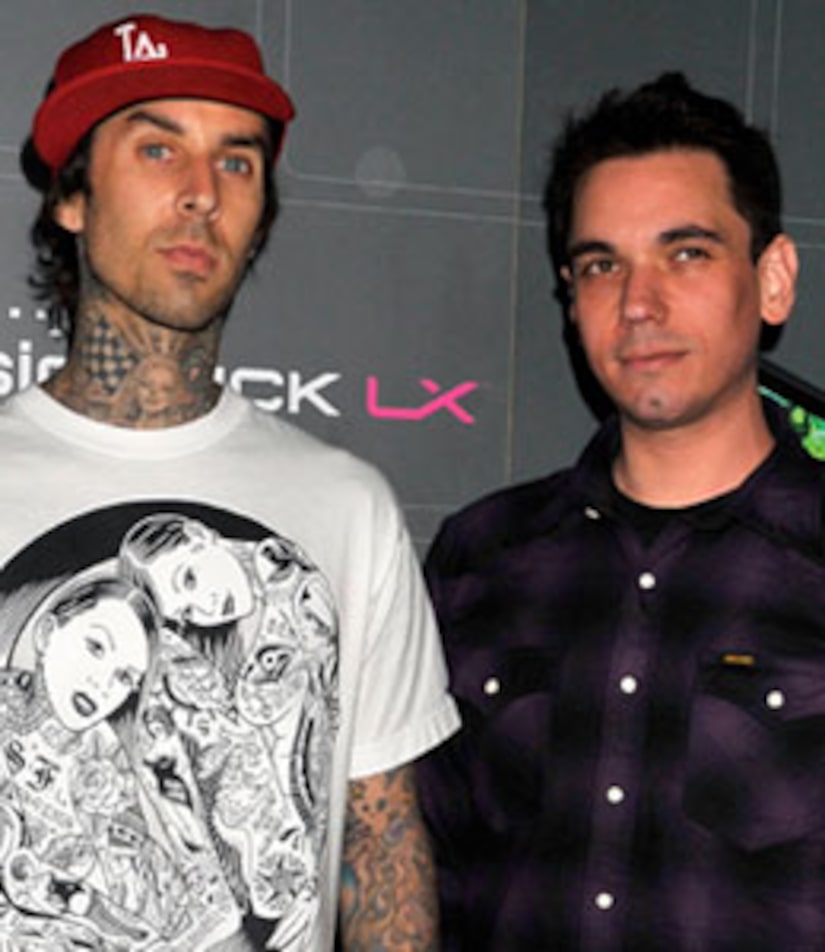 Rocker Travis Barker has tweeted in memory of the victims of the Learjet crash that he and DJ AM survived one year ago today -- and in memory of his fallen friend.

"It's been 1 year today," Barker writes on his Twitter. "I know I am so lucky to be here. I am so blessed to still breathe, walk, talk, or even play my drums and be alive." He adds, "Rest In Peace: LIl Chris Baker, Che, Adam Goldstein, Sarah Lemmon & James Bland. Gone never forgotten."

Barker and Goldstein had finished performing together as TRVSDJ-AM in South Carolina before hopping aboard a Learjet plane on September 19, 2008. The jet failed to take-off properly and crashed, killing four.

Travis and Adam were the only survivors of the crash, and were both critically burned while escaping. On August 28, Goldstein was found dead of an apparent drug overdose in his New York City apartment.

Barker's ex-wife Shanna also wrote on her Twitter today in memory of the crash victims and the disc jockey -- and sent kind words to her drummer ex. "I can't believe it was 1 yr ago today I got the phone call about the plane crash. hug you're loved ones. be thankful for each and every blessing. RIP. Lil Cris, Che, Sarah, James and Dj Am. Travis, I am so thankful to have you in this life."

Travis responded to Shanna's post by tweeting at her, "@ShannaMoakler Thank u mama."