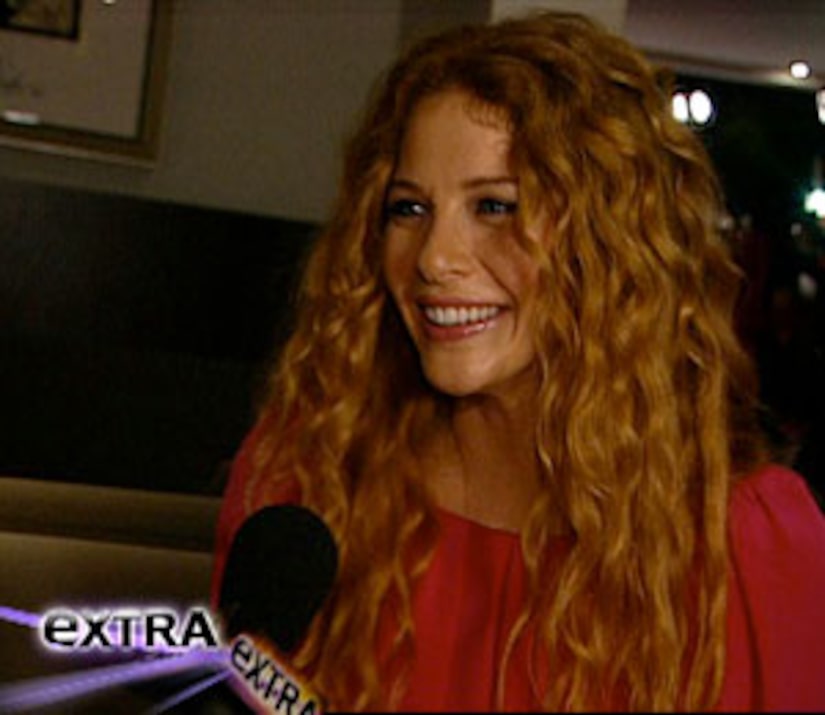 "New Moon" vampire Rachelle Lefevre tells "Extra" that despite being replaced in the series, she hopes to impress during her final run as Victoria.

"I'm very, very excited," Rachelle says of her work as bloodthirsty Victoria. "They wrote a lot of fun stuff for me from 'Twilight' to 'New Moon.' In the book, Victoria is not that present and they really did their best. Melissa Rosenberg, our screenwriter, told me that she loved writing Victoria and there was great room for that. So she wrote a lot of stuff for me. I really hope it makes it into the film. You never know, because I haven't seen it."

Rachelle reveals that aside from her drama with Summit Entertainment, she hopes that her role will stay dominant in the feature film, out in November. "In light of recent events, I just really hope that my role will still be as predominant as I'd like to be in 'New Moon.' As an actor, you work really hard and give it your all."

Lefevre adds, "When I accepted my role in 'Barney's Version'... under no circumstances did I think that would cost me 'Eclipse.' I didn't know I was making a choice...Really I'm just grateful for being part of an amazing franchise."

Summit Entertainment announced in July that due to a scheduling conflict, they replaced Lefevre with Bryce Dallas Howard. The announcement stunned Rachelle -- and prompted an outpouring of support from "Twilight" fans. "I'm absolutely blown away," Lefevre says of the support. "I'm on Twitter and I remember opening up my Twitter... somehow in 140 characters my fans managed to write me things that were so unbelievable."

Rachelle was born in Montreal on February 1, 1979.

Rachelle's father is an English teacher and her mother is a psychologist. She has three sisters.

Rachelle is fluent in both English and French.

Rachelle went on to study theater for two summers at the Walnut Hill School in Natick, Massachusetts, and graduated in Education and Literature from McGill University.

Rachelle use to be a waitress at a sushi bar in Canada.

Rachelle appeared in the TV movies “Picking Up and Dropping Off” and “Hatley High.” After her move to West Hollywood, she hit the big screen in “Noel,” “Head in the Clouds” and “The River King.” She is best known for her role as Victoria in “Twilight.”

Rachelle starred on the FOX sitcom “Life on a Stick” in 2005. She also guest-starred on many other TV shows including “Charmed,” “Loves a Witch,” “Undressed” and “Life on Mars.” One of her most memorable TV appearances was on “How I Met Your Mother” where she locked lips with Neil Patrick Harris.