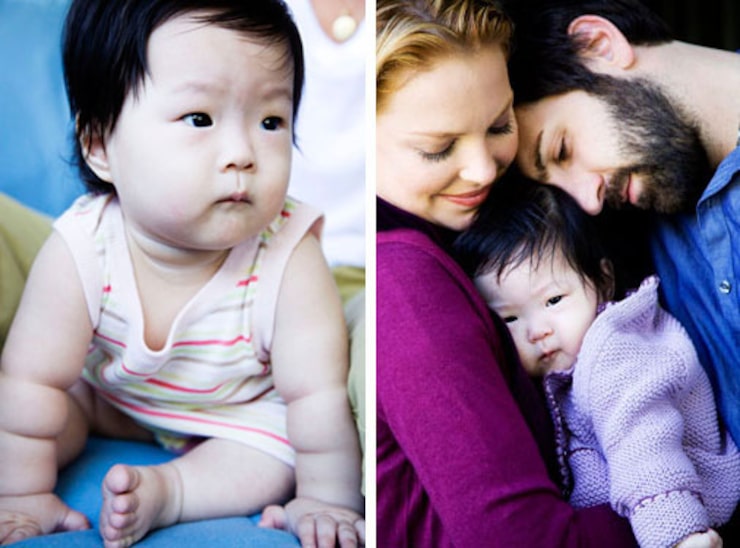 The couple adopted Naleigh from Korea and she's named after Katherine's mother Nancy and the actress' sister Margaret Leigh. The photos were posted on JasonHeiglFoundation.org, founded by Nancy and Katherine Heigl in loving memory of their son and brother, who was killed in a car accident in 1986 when he was 15. The foundation increases awareness of inhumane treatment of animals and places rescue pets in homes.

A rep for the happy family says, "Katherine, Josh and Naleigh are together and doing well."