It's fashion week in New York City -- and amid the catwalk creations and camera flashes, "Extra" caught up with some "Real Housewives" fashionistas! 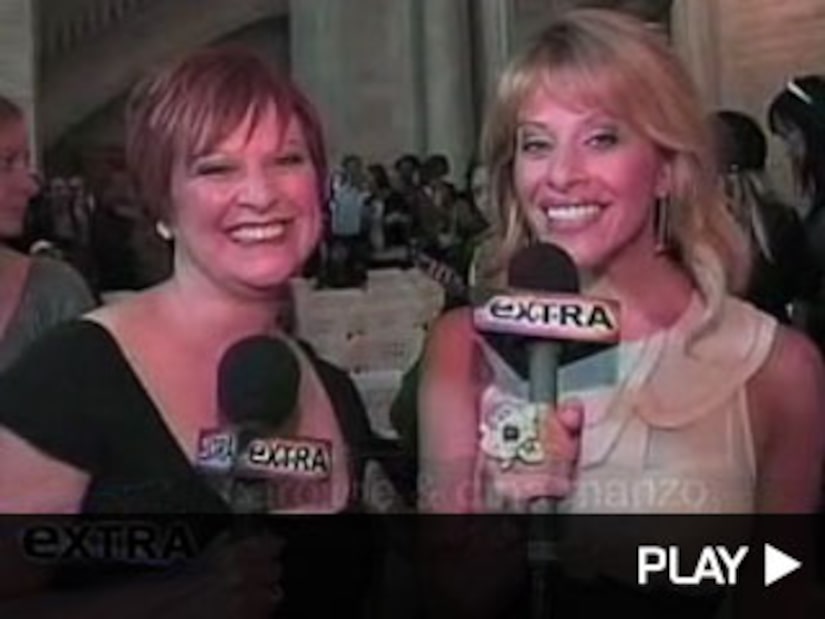 Sisters Caroline and Dina Manzo worked it for "Extra" at the Jill Stuart fashion show -- where they ran into the "Real Housewives" from the Big Apple. Model socialite Kelly Bensimon was spotted seated next to frenemy Bethenny Frankel -- but Kelly didn't seem to mind. "I don't really have any feeling either way," Bensimon tells "Extra" of Bethenny's appearance. "She's just another person."

The Jersey girls empathized, telling Bensimon, "We can relate -- you got the big B, we got the big D."

Atlanta peach Sheree Whitfield was also in Bryant Park -- and the "Housewives" reunion sparked an idea for an all-star reality smackdown! "I think they should take a mix, a couple of girls from each season, put us together and see how it works out," Sheree tells "Extra," laughing. "That's called a whole lotta crazy -- that would be the name of that show!"

While the Manzo sisters strutted their way through Bryant Park, fellow Jersey girl Teresa Giudice welcomed a daughter, Audriana, with husband Joe by her side.

Audriana, who was born on Monday, is the fourth girl for the New Jersey "Housewife" and her hubby, who are parents of Gia, 8, Gabriella, 4, and Milania, 3.