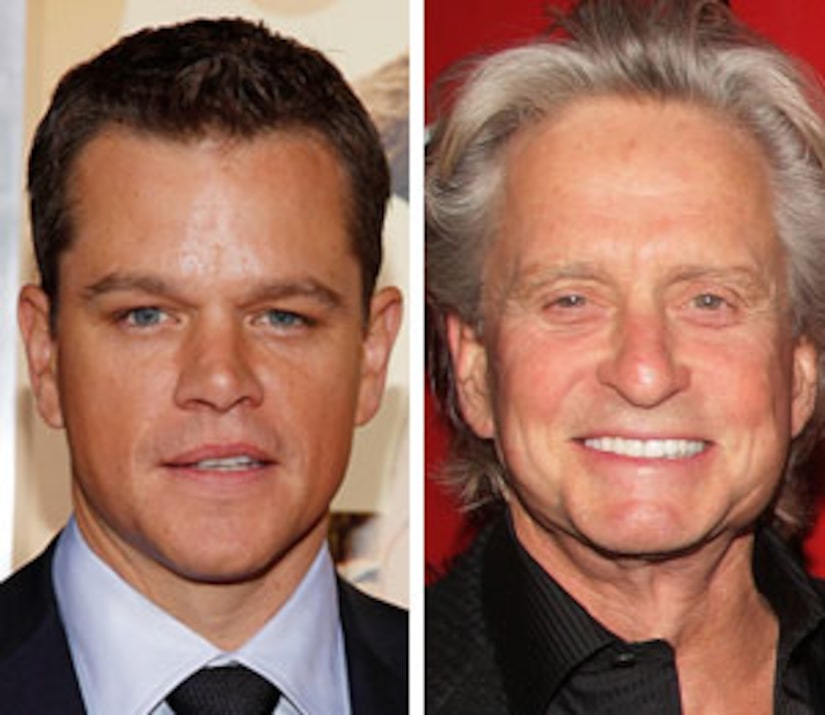 Matt Damon's next on-screen love interest will be played by... Michael Douglas. The adorable Damon dished to "Extra" about his same-sex romantic co-star in the upcoming flick about Liberace.

Damon tells us that when he ran into the "Basic Instinct" star at the Toronto International Film Festival, Douglas said, "Get your ChapStick ready!" Damon will play Scott Thorsen, who sued Liberace for palimony in 1982.

Always up for an acting challenge, Matt, 39, gained 30 lbs. on pizza and beer (which he's since lost) for his role in "The Informant!" -- opening Friday in theatres.