Larry David reunited the cast of "Seinfeld" for an episode of "Curb Your Enthusiasm" -- and he tells "Extra" that the show will touch on Michael Richards' comedy club blowup. 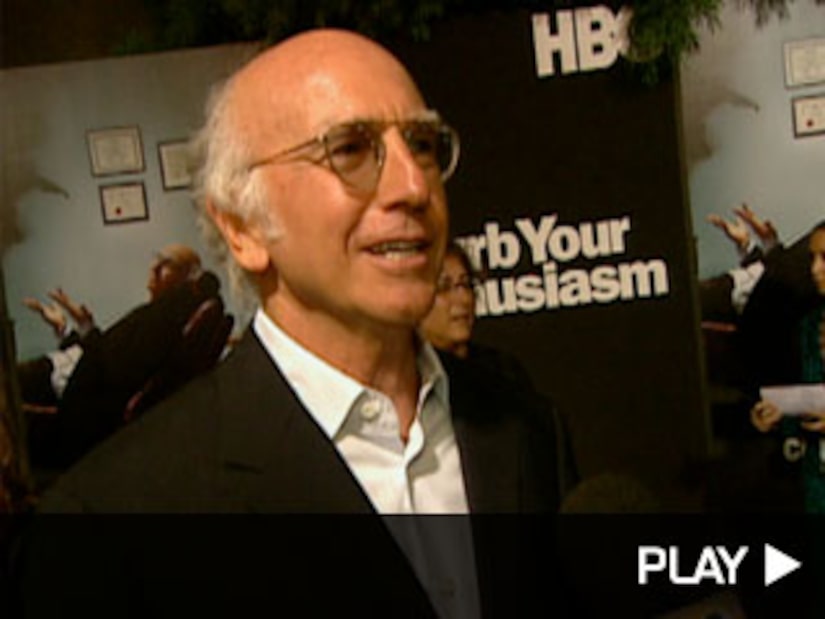 "He wanted to," David explained when asked if Richards felt comfortable addressing the drama onscreen. "He made a terrible mistake." David added that Richards deserves a second chance after being shunned in Tinseltown the past three years.

The show's star, Jerry Seinfeld, tells "Extra" that he believes that the reunion episodes will please fans. "It's a very good show. I think the audience will like it."

No Hugs, No Lessons

“Seinfeld” is known as a show about nothing — and “No Hugs No Lessons” was the Seinfeld producers' mantra.

“Seinfeld” was set in New York City's Upper West Side, but was shot mainly in Los Angeles.

“Seinfeld” led the Nielsens in its sixth and ninth seasons and finished among the top two (along with NBC's “ER”) — every year from 1994 to 1998.

“Seinfeld” became the first television series to get more than $1 million a minute for advertising — a fee previously commanded only by the Super Bowl.

The final episode of Seinfeld aired on the same day that Frank Sinatra died — May 14, 1998.

The final episode enjoyed a huge audience, estimated at 76 million viewers (58 percent of all viewers that night), making it the third most-watched finale in television history, behind “M*A*S*H” and “Cheers.”

By the end of its final season it was reported that the show generated about $200 million a year in pure profit for NBC — who supposedly offered Jerry Seinfeld $5 million an episode to continue for just one more season.

From TV to DVD

On November 6, 2007, “Seinfeld: The Complete Series” was released on DVD. The final season and the complete series set included a 2007 reunion of the four main cast members and Larry David.

The Gang in High-Def

“Seinfeld” was shot on 35 mm film, allowing later reruns to be broadcast in HD.

Early in March 2009, it was announced that the “Seinfeld” cast would reunite on Larry David's HBO show “Curb Your Enthusiasm.”