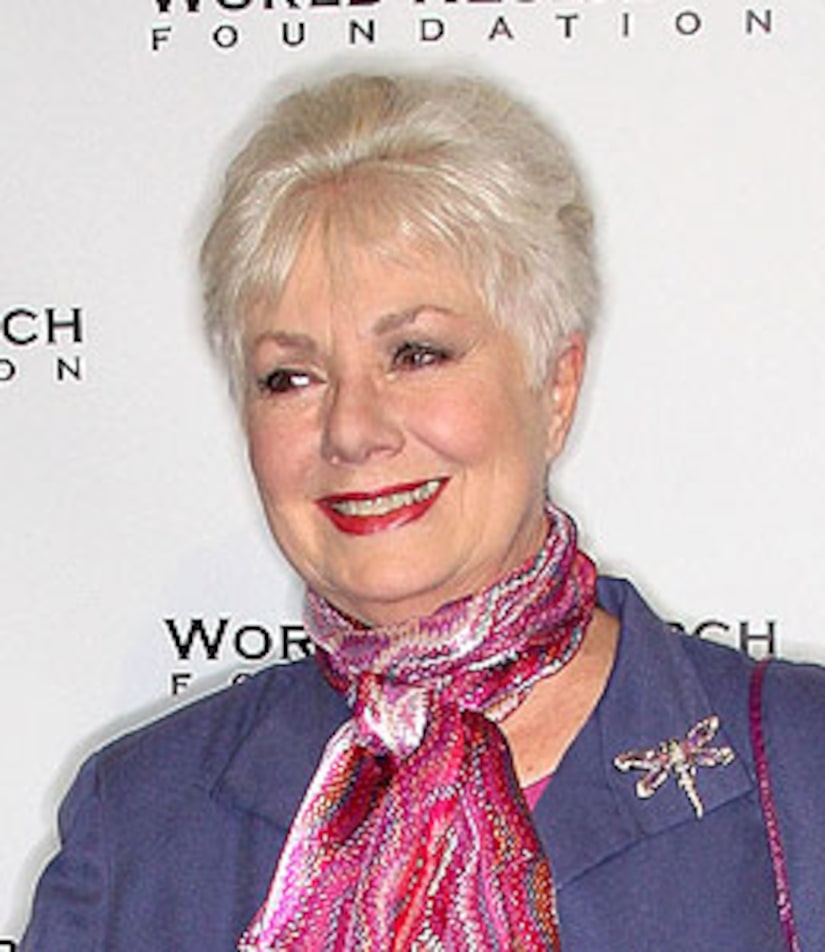 Actress Shirley Jones is reuniting on the small screen with her "Partridge Family" co-star and real-life stepson David Cassidy!

Shirley will guest star on ABC Family's "Ruby & The Rockits," where she'll play Ruby's not-so-nice grandmother. Jones, David's real-life stepmother, will portray his mother on the silver screen as well. The guest spot marks the first time that Shirley and David have shared the screen since filming "The Partridge Family" in the 1970s.