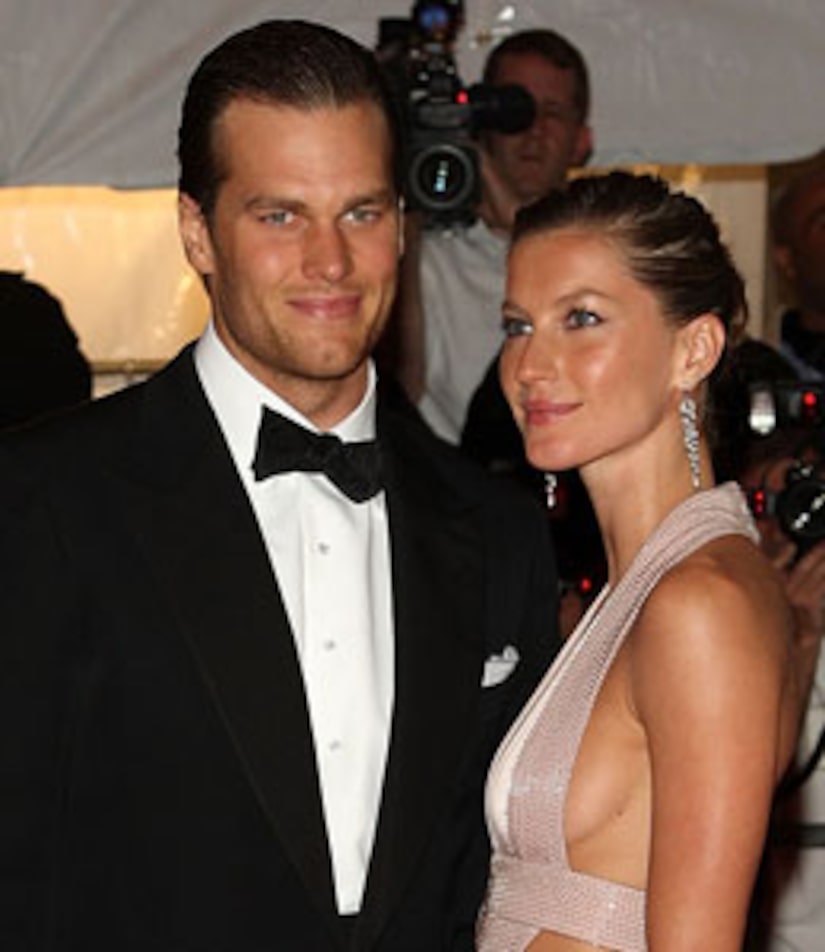 In an interview with ESPN's Chris Berman, the New England Patriots quarterback revealed the couple is expecting their first child together this December.

Brady said he would be glad to attend Lamaze classes with his model wife. He joked, "I told her no Sundays." "It couldn't be harder than training camp, so I'll be prepared," he added.

In February 2009, Bündchen and Brady tied the knot in a Santa Monica, Calif. ceremony. The football stud is also father to to 2-year-old John Edward Thomas with ex Bridget Moynahan.