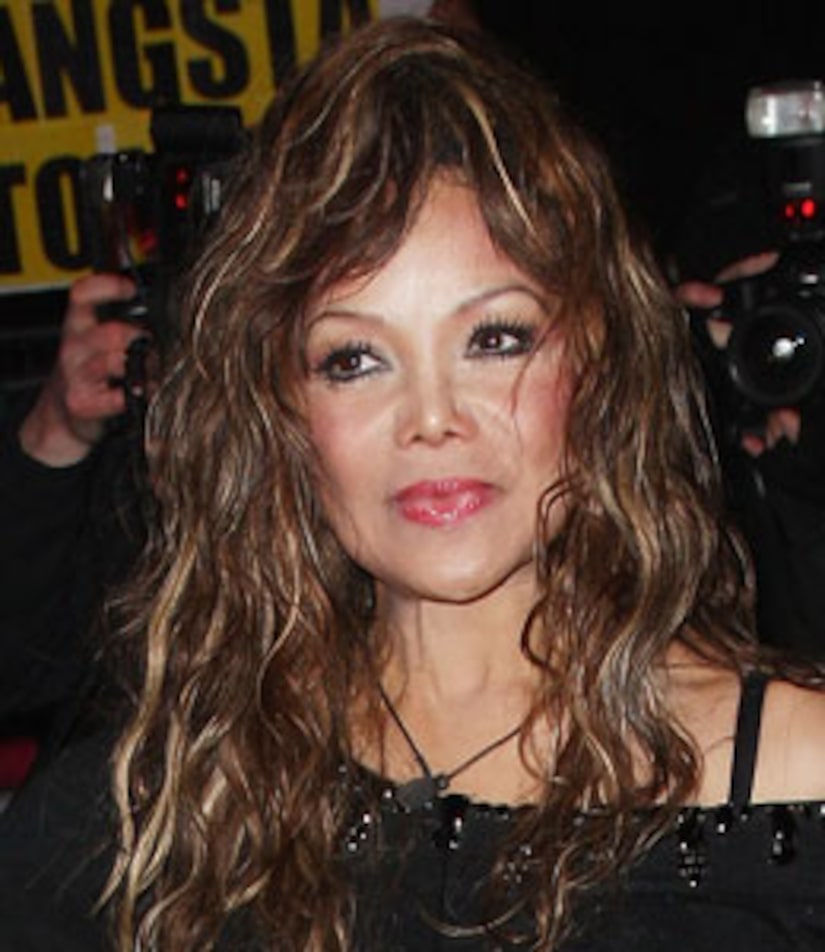 La Toya Jackson talked with Barbara Walters about the loss of her brother Michael -- and how his three children are coping.

The 53-year-old told Walters her brother thought he would be murdered. She admitted, "When I found out he had actually passed, I said, 'No. I wasn't an accident. Michael was murdered.'"

"I don't think we'll find a person as talented, a person who thought the way he thought... a person with the heart that Michael had," La Toya lamented. "People aren't that way anymore. He was special. He wasn't God, but he was certainly god-like. He was the closest thing to a god that I knew."

Jackson was laid to rest last week at Forest Lawn cemetery in Glendale, Calif. La Toya said, "He was dressed in all white pearl beads going across, draped across... and a beautiful big gold belt." She also confirms the late superstar's makeup and hair were done "beautifully."

La Toya also explained that Michael's three children, now being raised by their grandmother Katherine, have a good relationship with grandfather Joe Jackson. "They love their grandfather," she said. "They... like the fact that he's very outspoken. And they say that, 'Grandpa, he tells you like it is.'" She added that Prince Michael, Paris and "Blanket" will continue home schooling.