Victoria Beckham debuts her Spring 2010 line this weekend at NYC Fashion Week, where "Extra" caught up with the trendsetter who talked about her 10-year wedding anniversary with David Beckham and guest-judging on "American Idol"! 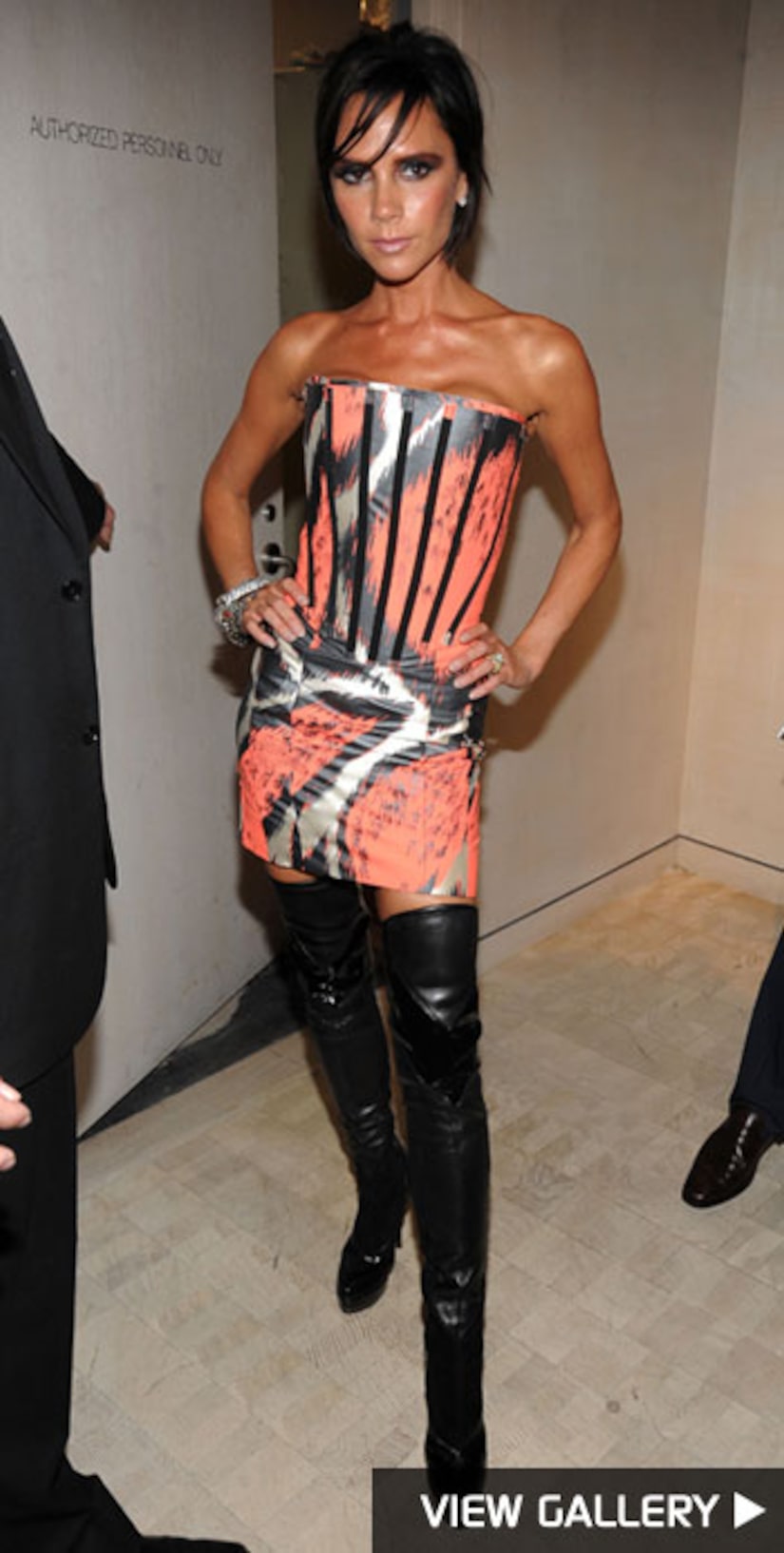 Hubby David recently dished to Ellen DeGeneres about the couple's big anniversary, saying he got a new tattoo to honor his wifey. Victoria tells "Extra," "We bought each other gifts, which are private. We were away, just the two of us. It was really romantic."

Beckham says she had a blast working with Simon Cowell on "Idol" and the two really hit it off. "He's incredibly funny. I like that bit of English banter we got going on," she dished.