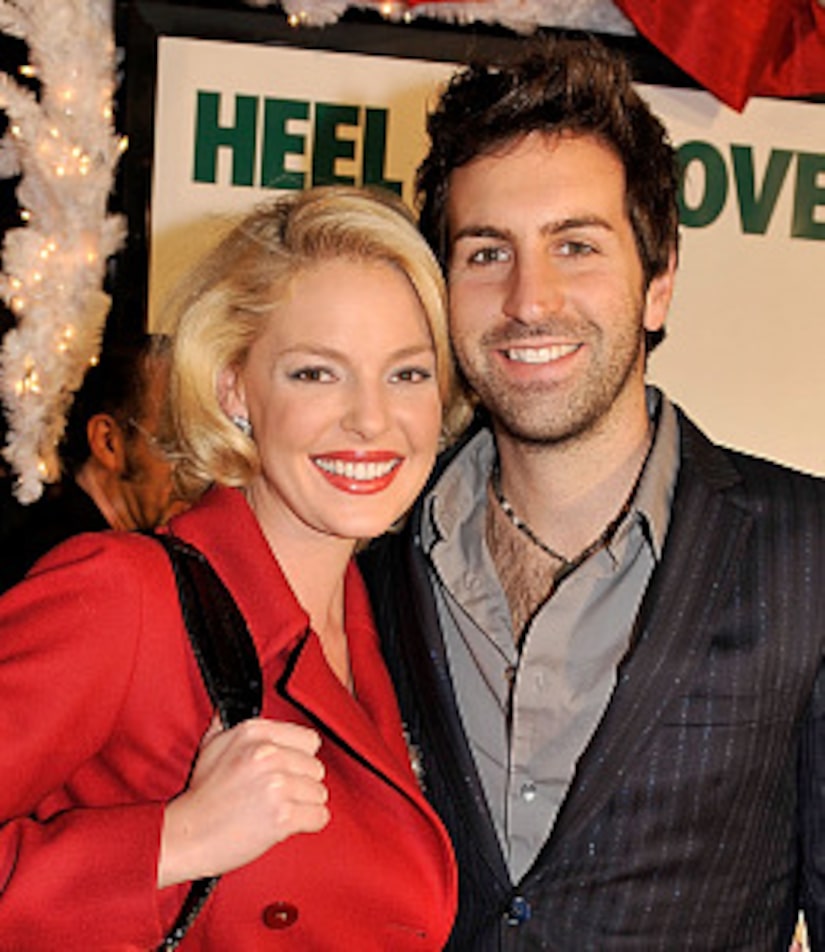 "Grey's Anatomy" star Katherine Heigl and hubby Josh Kelley are welcoming a new addition to their family -- a little girl from Korea!

"We are adopting a baby from Korea," Heigl spills to Ellen DeGeneres on the "Ellen" show. "It is a little girl and she'll be ten months at the end this month. She was actually born the day before me in November, which I thought was really serendipitous and just kind of like a sign."

Heigl, who has an adopted sister from Korea, says that this is something she and Kelley have talked about since they were dating. "We started talking about adoption even before we were engaged because it's really important to me. It's been a big part of my life and my family. My sister is Korean and my parents adopted her back in the '70s, and so I just always knew that this is something I wanted to do. I made that really clear because not everybody is down with that. Not everybody thinks that."

When Josh found out about Heigl's plans, he was on board. "I just wanted to make sure that I was marrying a guy who understands that this was going to have to happen," Heigl explains to Ellen. "So about a year ago is when we said okay, let's start the process and the process is intense. It's different but it isn't. Do you know what I mean? It's just as intense I'm sure to have a baby biologically because you're going through the whole physical sort of thing of it."

The couple has yet to meet their daughter, but Katherine reveals that she and Josh received a picture of her. "They told us that it was a little girl and who she was about six months ago. It was meant to take a long time. This sort of thing can take years. Her name is Naleigh... She is a special-needs baby and because of that it all moved so much faster. They wanted to get her to us as quickly as possible."

Heigl confirms that her baby will arrive "very soon," adding jokingly, "Which is why, I wanted to tell everybody so you don't think I stole a Korean baby."