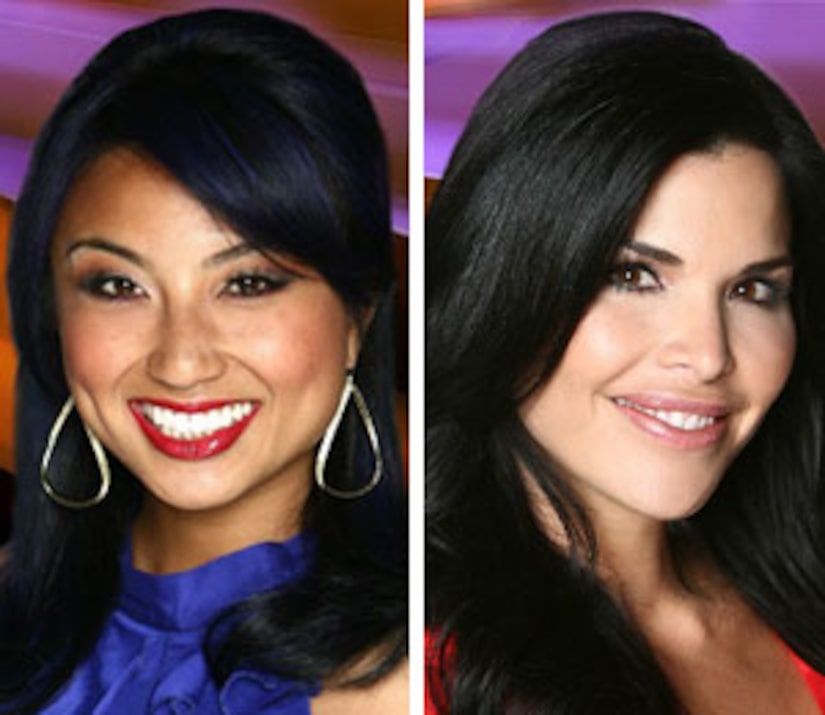 TV journalists Jeannie Mai and Lauren Sanchez have been named correspondents for "Extra"!

"We are thrilled to have two extraordinary women join the show this season with their vibrant personalities and exceptional talents. Both Jeannie and Lauren will complement Mario Lopez and will bring a fresh energy to the 'Extra' ensemble as we continue to expand our in-depth coverage in entertainment, fashion, health, wellness and much more," said Executive Producer Lisa Gregorisch-Dempsey.

Jeannie Mai is one of today's most sought-after television personalities. She has worked on the "Today Show" and the Style Network and will be covering the latest entertainment and fashion events around the world for "Extra" and will also serve as a co-host of the weekend show.

Emmy award-winning journalist Lauren Sanchez returns to "Extra" where she previously served as a correspondent from 1997-2000. Sanchez is currently the Entertainment / Special Projects Reporter and frequent Guest Anchor on FOX 11's "Good Day L.A." and its top-rated ten o'clock newscast. Lauren will be following all of the top entertainment stories and will be reporting from the red carpet of major entertainment events for "Extra's" weekday show. Additionally, she will serve as a fill-in co-host for "Extra" weekend show.