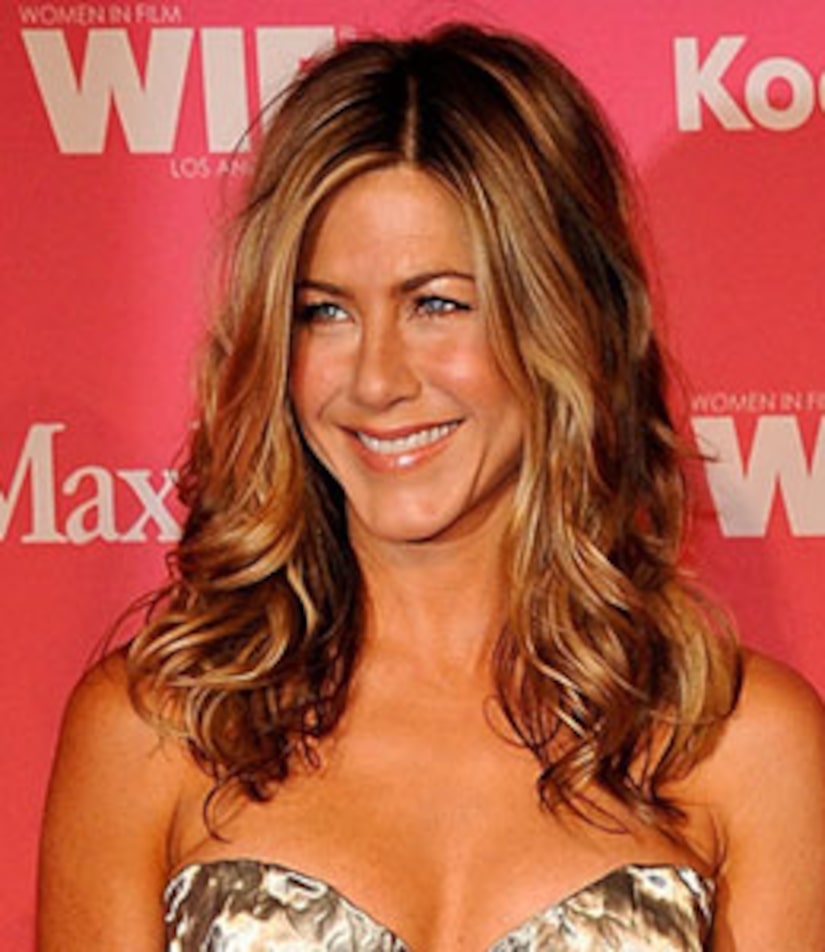 Lovelorn star Jennifer Aniston has been romantically linked to some of the hottest men in Hollywood, but the comedic beauty tells "Extra" she's not a fan of the dating world.

Meanwhile, between dates, Jen stays slim and sexy -- and swears by running. "It leans you." The "Love Happens" star is also a yoga-enthusiast and she says she tries to "move every day."

After splitting with Tate Donovan, Aniston is rumored to have dated actor Charlie Schlatter, best known for his role in “Diagnosis Murder.”

The Object of Her Affection

Romance on the set! Jennifer reportedly won Paul Rudd's heart on the set of “The Object of My Affection” in 1998.

America's sweetheart began dating heartthrob Brad Pitt in 1998. The couple married in 2000, but divorced in 2005. Pitt is now with Angelina Jolie.

Shortly after Brad went public with Angelina in 2005, Jen began dating her “Break-Up” co-star Vince Vaughn. She split from the funnyman in December 2006.

Aniston is rumored to have hooked up with model Paul Sculfor in 2007. After their fling, Sculfor began dating Cameron Diaz.

Jen began quietly seeing singer John Mayer in May 2008. The couple went public at the 2009 Academy Awards, but split shortly after in March.

Rumors swirled that Jennifer and Bradley Cooper went out together in 2009, but Coop denied the romance. Bradley has since started dating Renee Zellweger.