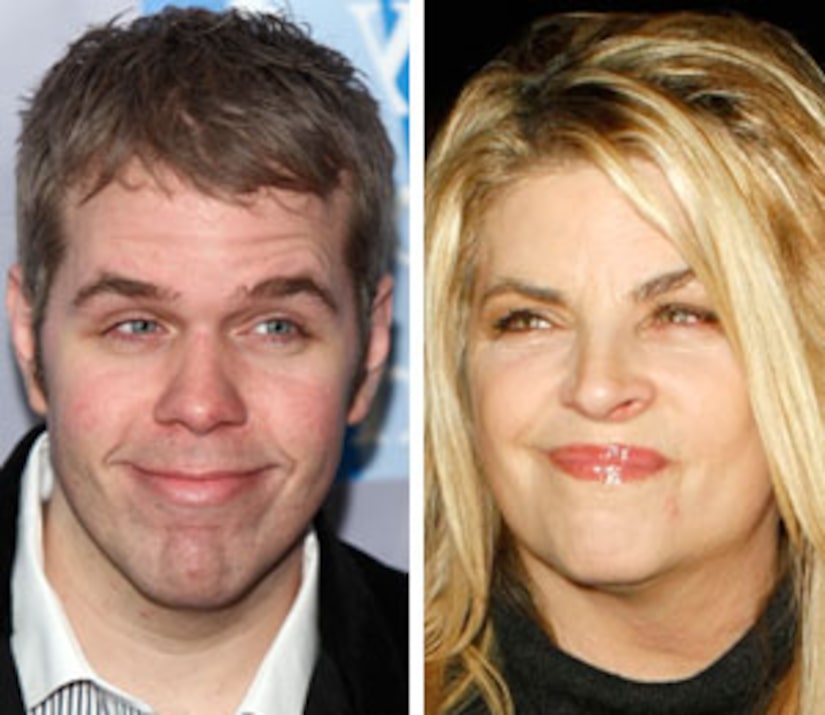 Perez Hilton and Kirstie Alley went head to head on Twitter -- and it got dirty!

On Thursday, the actress called out the celeb blogger on Twitter when she posted, "Perez Hilton: You are a CHILD pornographer. I VOW TO TAKE YOU DOWN. Legally. Keep up your vile behavior and I will make your sorry a** sorrier." She added, "HE IS A PEDIPHILE [sic]. A child pornography creep."

Hilton, who is currently under fire for slamming Demi Moore and Bruce Willis' 15-year-old daughter Tallulah, replied to Alley's tweets saying her claims are false and he's ready to take legal action.

Hilton also took a shot at the actress and tweeted, "I think all your past drug use, which you've admitted to, has damaged your brain. You should get that checked out!"

Hilton, in a statement to "Extra" says, "I am saddened that Kirstie Alley has threatened me with physical violence and has defamed, libeled and slandered me by incorrectly stating that I am a pedophile and a rapist."

"Extra" wants to know: Who is out of line?