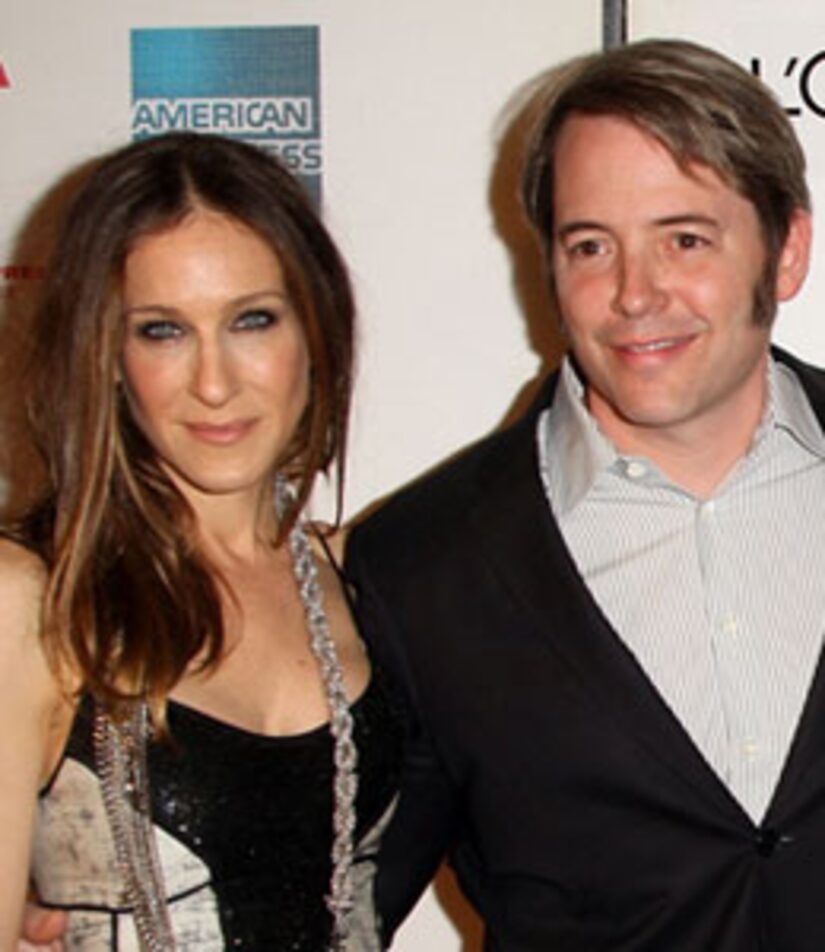 Sarah Jessica Parker looks like she has been having a ball on the set of the "Sex and the City" sequel in NYC, but there's an investigation involving Parker and hubby Matthew Broderick's surrogate mother in Martins Ferry, Ohio.

The surrogate, Michelle Ross, gave birth to the couple's twin daughters in June. On July 31, two police chiefs were arrested on charges of conspiring to break into the surrogate's house, stealing items and offering to sell them to paparazzi.

Police chiefs Barry P. Carpenter and Chad M. Dojack have pleaded not guilty and are currently free on bond. The two chiefs have also been suspended from the force.

Freelance celeb photog Justin Steffman told The New York Times Chief Carpenter admitted to entering the surrogate's home. He said he obtained a poem from her refrigerator, an album of photos, legal documents about the surrogacy agreement and pictures of ultrasounds.

Steffman contacted the surrogate about what the Chief had revealed. A sheriff's incident report was later filed.

Chief Carpenter faces up to 21 years in prison if convicted and Chief Dojack faces up to nine years.