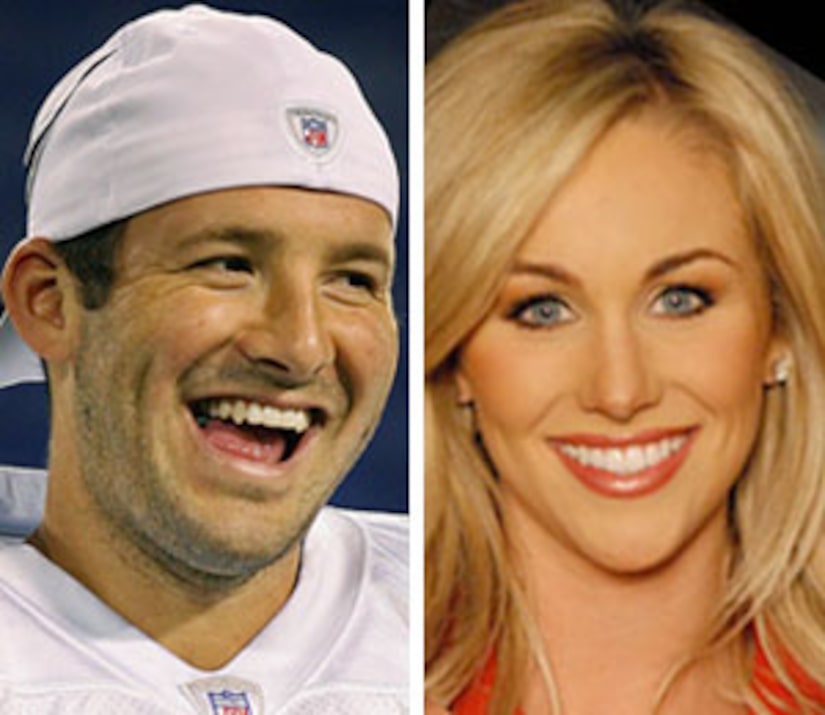 According to Us Weekly, the Dallas Cowboy has been secretly seeing Candice Crawford, a 22-year-old beauty queen and local TV sports reporter in Dallas. "She's not happy that it's out [in the media], but they weren't trying to hide," a friend of Candice's dishes to the magazine. "They've gone out to dinner in Dallas a bunch."

Fun fact!: Candice interned for the Dallas Cowboys in 2007.

Simpson and Romo called it quits in July.