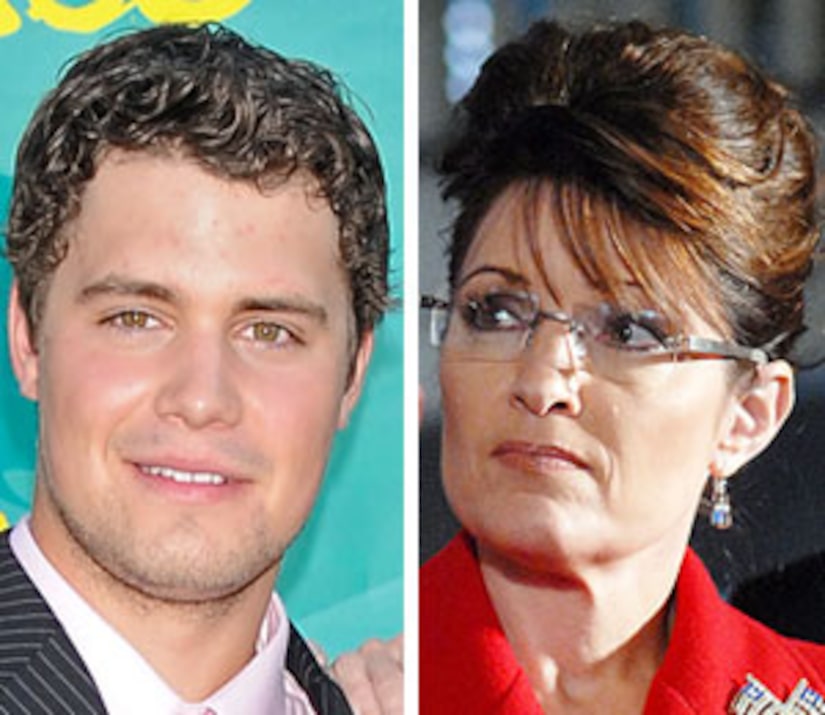 It shocked the public when former governor Sarah Palin announced her 17-year-old daughter Bristol was pregnant, but babydaddy Levi Johnston has another bombshell -- Sarah wanted the baby!

Levi tells Vanity Fair that then Gov. Palin had a plan to keep baby Tripp (born in December 2008) a secret, and that she and hubby Todd would adopt him. "Sarah told me she had a great idea: we would keep it a secret -- nobody would know that Bristol was pregnant. She told me that once Bristol had the baby she and Todd would adopt him."

The aspiring actor/model reveals that he and Bristol were against Sarah's plan from day one. "We both kept telling her we were definitely not going to let her adopt the baby. I think Sarah wanted to make Bristol look good, and she didn't want people to know that her 17-year-old daughter was going to have a kid."

Johnston also claimed that the would-be VP's marriage was on the rocks, despite how Sarah and Todd portrayed their relationship to the public. "They wouldn't go anywhere together unless the cameras were out. In all the time Bristol and I were together, I've never seen them sleep in the same bedroom." According to Levi, there was even talk of a split. "There was a lot of talk of divorce in that house... Todd would say, 'All right, do you want a divorce? Is that what you want? Let's do it! Sign the papers!' They'd either stop and be fine, or Sarah would go to her room."