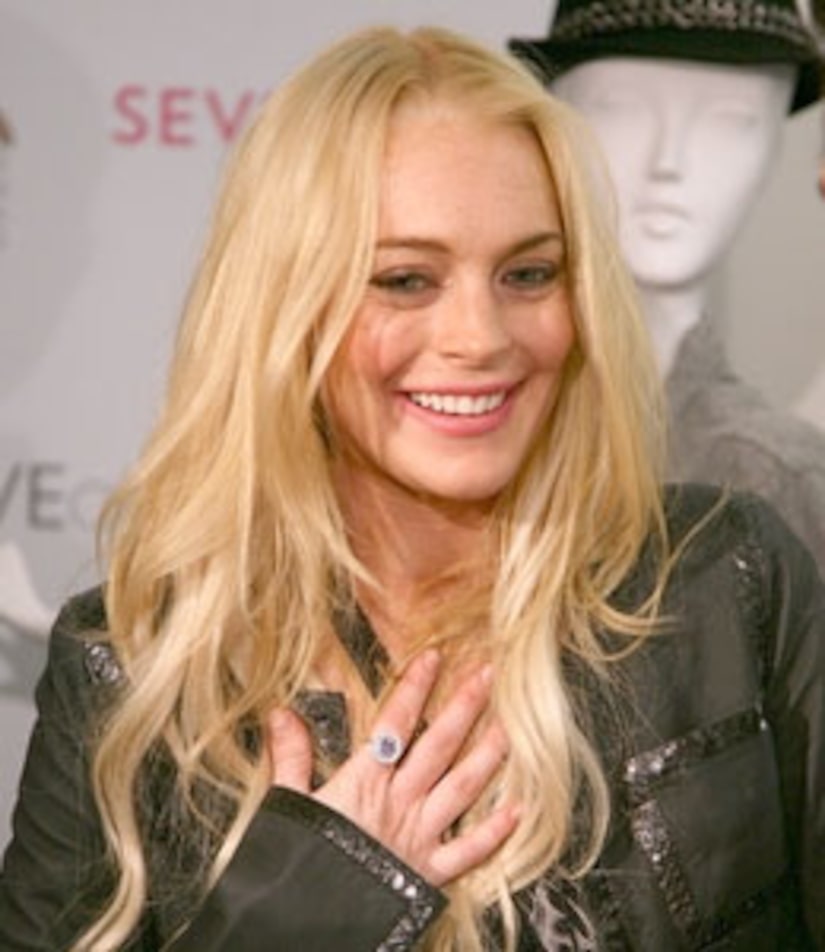 "Nobody can speak when True Blood is on," LiLo tells "Extra's" Mario Lopez. When Mario told Lindsay he'd never seen the vampire hit, Lindz was shocked! No worries, Mario plans to catch up via TiVo.

Lindsay also tells "Extra" she's moving away from acting to try producing. "I've been creating a bunch of shows that I've written treatments for and that I'm going to be producing -- and that's more interesting to me," the 23-year-old says.

Lohan would also like to work with Tina Fey again. The two teamed up for "Mean Girls," and Lindsay hosted "Saturday Night Live" when Tina was still a part of the cast. Lindsay tells us she would love to make a guest appearance on "30 Rock." Miss Lohan also reveals she changed her middle name to Morgan, but not because of "30 Rock's" Tracy Morgan!

As for rumors about starring in the new Robert Rodriquez flick, "Machete," the starlet stayed mum. When asked if she was working on the action-drama, Lindsay answered, "Maybe," adding, "I didn't say I was part of it yet."