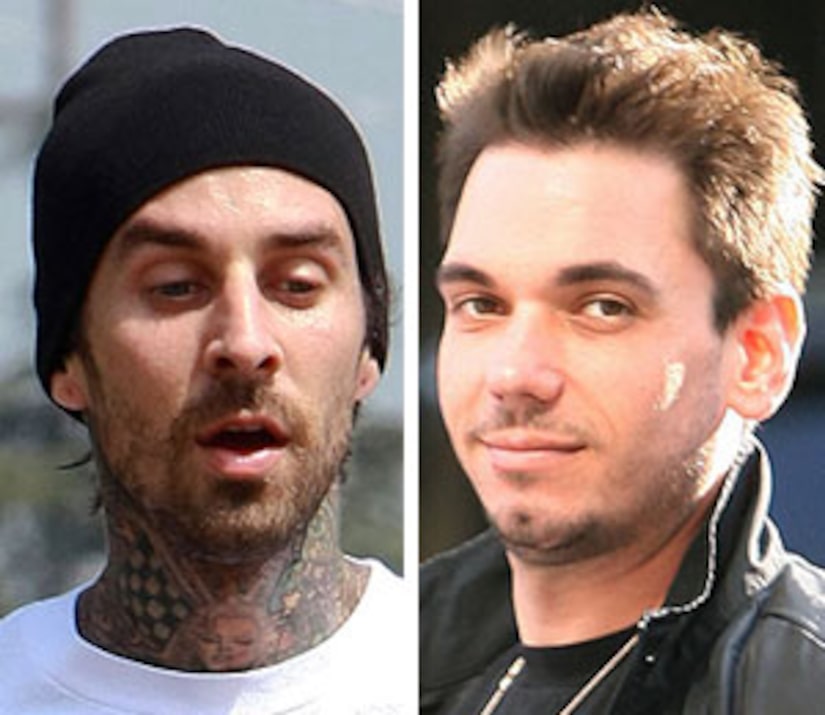 Travis Barker's Blink-182 band pulled out of a show in Saratoga Springs, New York, to allow time to grieve the passing of their close friend DJ AM.

The pop-punk band released a statement regarding the canceled show, saying, "Due to circumstances surrounding the unfortunate and untimely passing of our dear friend Adam 'DJ AM' Goldstein, Blink-182 will not be playing tonight in Saratoga, NY at SPAC."

The band confirmed that the other scheduled acts would still take the stage. "Performances by Weezer, Taking Back Sunday and Chester French will take place as planned along with some special surprises. We thank all of our fans for their support in this tough time."

Over the weekend, Blink-182 played a touching tribute to Adam during a scheduled concert -- and band member Mark Hoppus couldn't get through the song without crying.

Goldstein was found dead in his New York apartment on Friday.