The sight of a shirtless Taylor Lautner whips teen girls into a frenzy, but the modest "Twilight' hunk believes that it's not him -- it's the werewolf part that girls go crazy for! 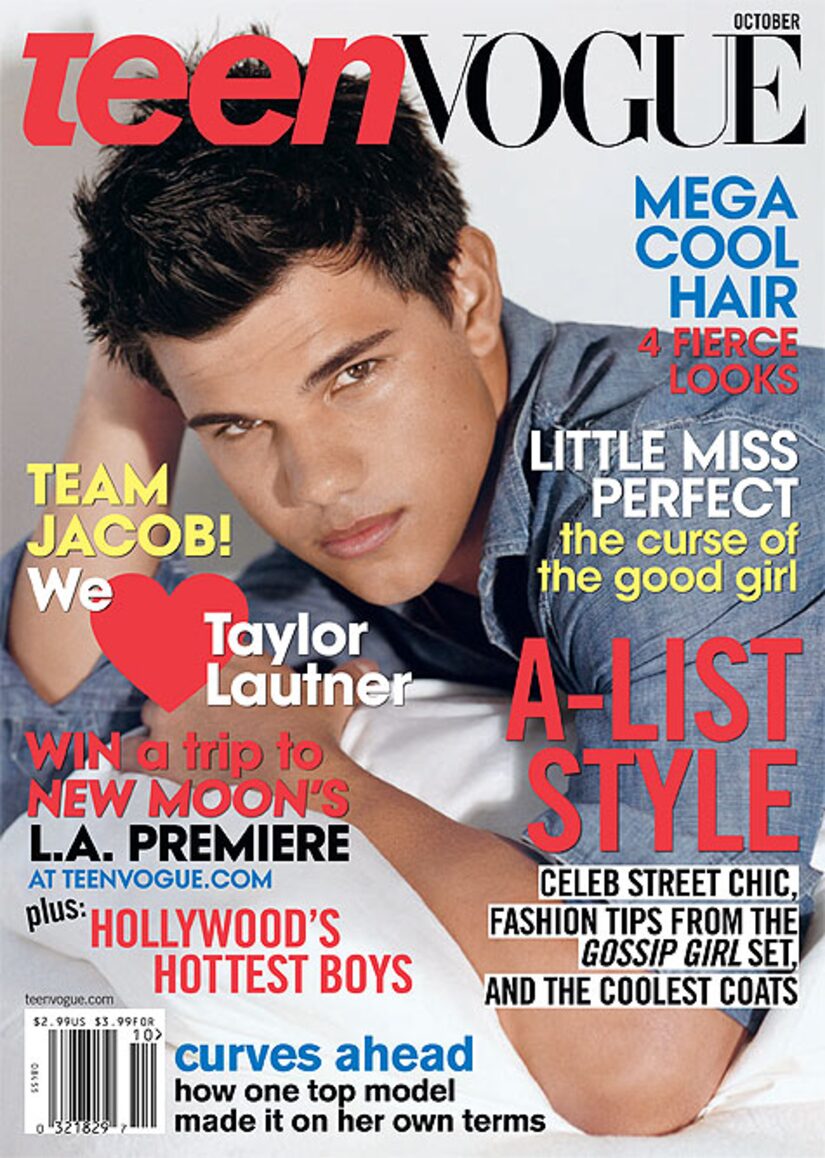 "I think the fans would love anybody who played Jacob," he told Teen Vogue when asked about his fan base. "I'm just lucky to be the one who got the chance."

Taylor stars as shape-shifter Jacob Black in the popular vampire series, and became an A-list star in young Hollywood virtually overnight when "Twilight" first hit theatres. Lautner, 17, lives with his family outside of Los Angeles, but paparazzi still attempt to snap every move he makes. "There are twelve cars that camp outside my house," he revealed. "You can't ever really get used to it, because it's not normal to have people snapping pictures of everything you do. You just have to try not to let it affect you."

Taylor and his "Twilight" castmates are no stranger to overzealous shutterbugs -- or rampant rumors that seem to stem from paparazzi pictures. When asked about a rumored romance brewing between Robert Pattinson and Kristen Stewart, Lautner laughed and avoided the question by answering, "It's crazy, but the fans help. They're a big part of the motivation."