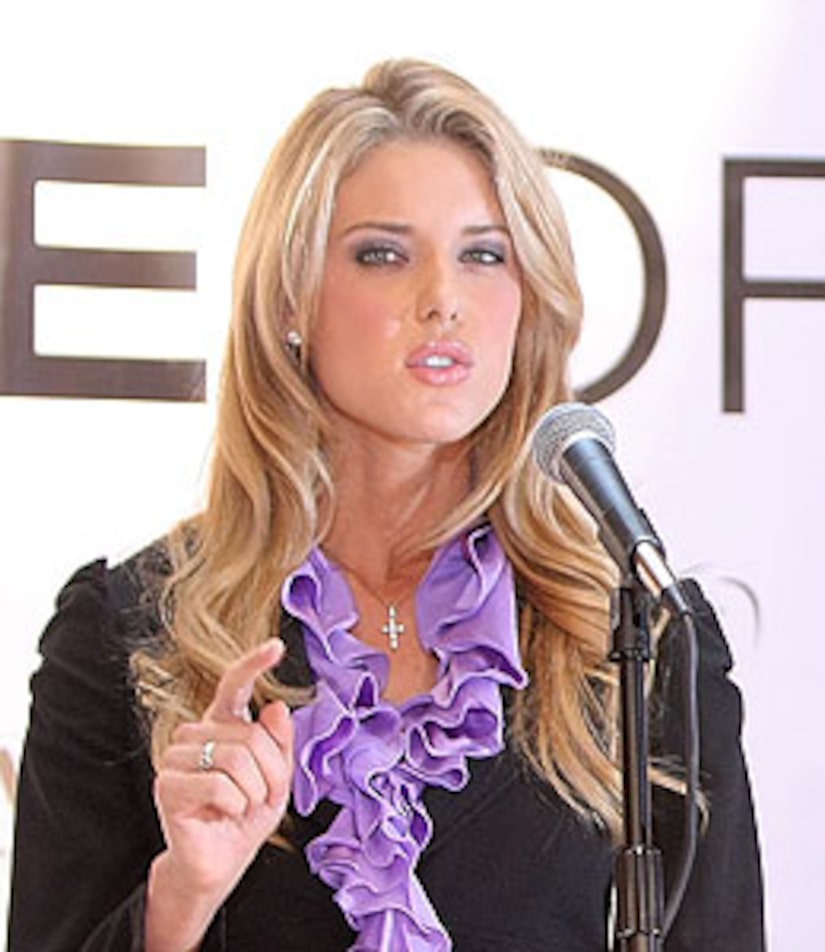 Carrie Prejean, the fired Miss California USA, announced plans to file a lawsuit against the organization for libel, religious discrimination and more!

Prejean's attorney, Charles S. LiManrdi, released a statement to Big Hollywood describing why the former beauty queen decided to take legal action against organizers Keith Lewis and Shanna Moakler. The organization's owner, Donald Trump, was not listed as a defendant.

The statement reads: "Over the past two months we have worked hard to provide overwhelming evidence that Carrie Prejean did not violate her contract with Miss California USA and did not deserve to have her title revoked by Keith Lewis. We will make the case that her title was taken from her solely because of her support of traditional marriage. Keith Lewis has refused to clear her good name or even to admit any wrongdoing. Therefore, Carrie Prejean is left with no alternative but to take her case to court where she expects to be fully vindicated."

Carrie was stripped of her crown in June of this year, after the Miss California USA officials decided that Prejean violated her contract with the organization. The decision came following months of controversy surrounding Carrie's public feud with blogger Perez Hilton, conflicts regarding public appearances, her stance on gay marriage, and two rounds of scandalous, semi-nude photos of Prejean surfacing on the Internet.