Rain nightclub observed a moment of silence in honor of DJ AM on Friday night. DJ AM, aka Adam Goldstein, was the club's Friday night resident DJ for "AM Fridays."

The Las Vegas club's lights were turned off and the music stopped for 60 seconds at 12 AM in memory of the late DJ. The music started back up with Puff Daddy's "I'll Be Missing You."

Earlier in the evening, the Palms Casino Resort sign darkened the exterior letters so only the A and M were illuminated. 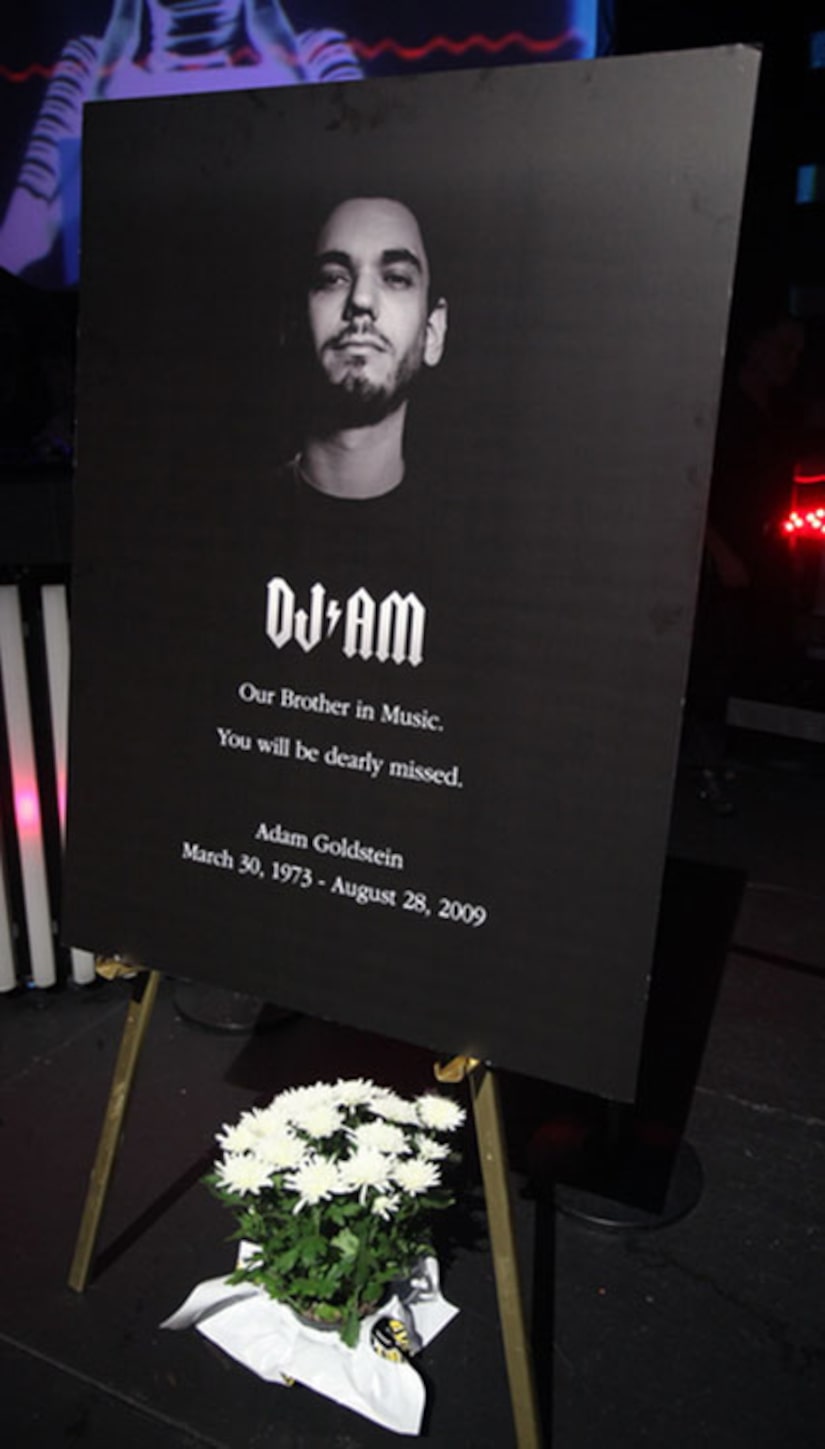 Palms Casino Resort owner George Maloof released a statement saying, "I am deeply saddened by the news of the passing of DJ AM." He added, "We considered him a friend and a great artist. He will truly be missed".

"We are deeply saddened by the news of DJ AM's passing. He was not only our resident DJ at Rain Nightclub inside the Palms Casino Resort, he was also our brother in music. His impact was felt immediately and will have a lasting effect on all who had the chance to experience 'AM Fridays.' He is a gifted and talented artist who changed the international music scene and helped make Las Vegas one of the DJ capitals of the world. He will be dearly missed."

DJ AM was found dead in his New York City apartment on Friday. He was 36.