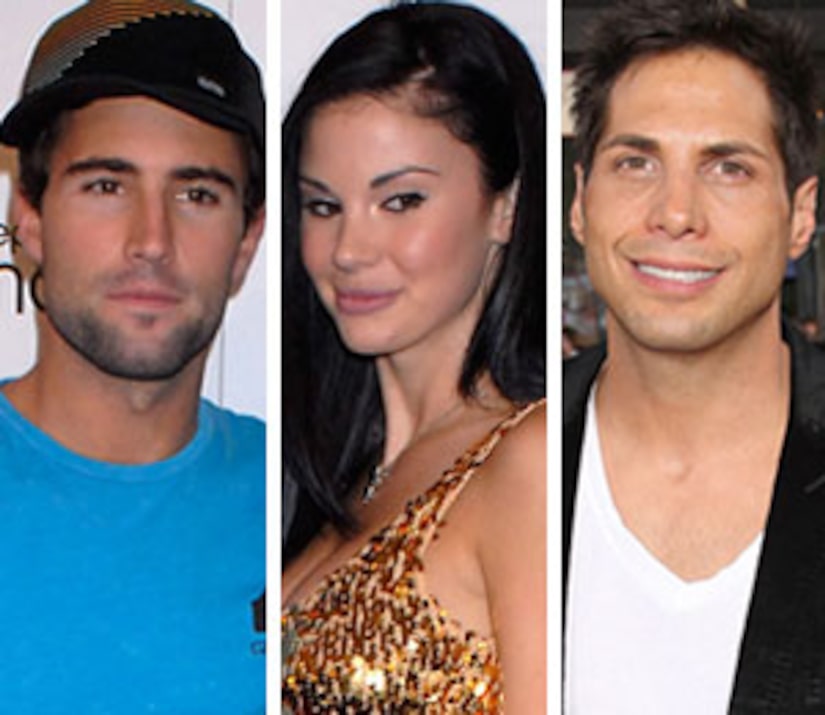 "Girls Gone Wild" founder Joe Francis came straight to "Extra" to tell his story about the nasty fight he got into last night with "Hills" star Brody Jenner and Jenner's GF Jayde Nicole.

Brody was celebrating his 26th birthday at hot spot Guys & Dolls in West Hollywood when Jayde reportedly saw Francis aggressively hitting on one of her female friends. Jayde was so peeved, TMZ reports she threw a drink on him. That didn't go over well -- and a fight broke out!

Later on, via his Twitter, Brody claimed, "Joe Francis beat up my lady this morning for no reason! Pulled her to the ground, punched & kicked her... what does that say about him?"

The "GGW" founder tells "Extra" host Mario Lopez the whole thing has been "blown out of proportion," and Brody and his lady are making it a bigger deal than it actually is.

Later today, he added, "Jenner's public accusations that I punched and kicked his girlfriend are false, outrageous, and slanderous. In fact, they are actionable, and I plan to take legal action." In fact, Francis claims Jenner punched him, saying, "I was talking with the General Manager for about 5 minutes when Brody Jenner came out of nowhere and cold-cocked me."

He continued, "I've never hit a girl in my life, and the accusation disgusts me. The only reason Brody Jenner and his girlfriend are making these claims is because they know they are in deep legal trouble for this second unprovoked attack on me."

Jayde's spokesperson released a statement Friday, saying, "Jayde Nicole is not at liberty to discuss the altercation that happened this morning, pending her attorney's further investigation."