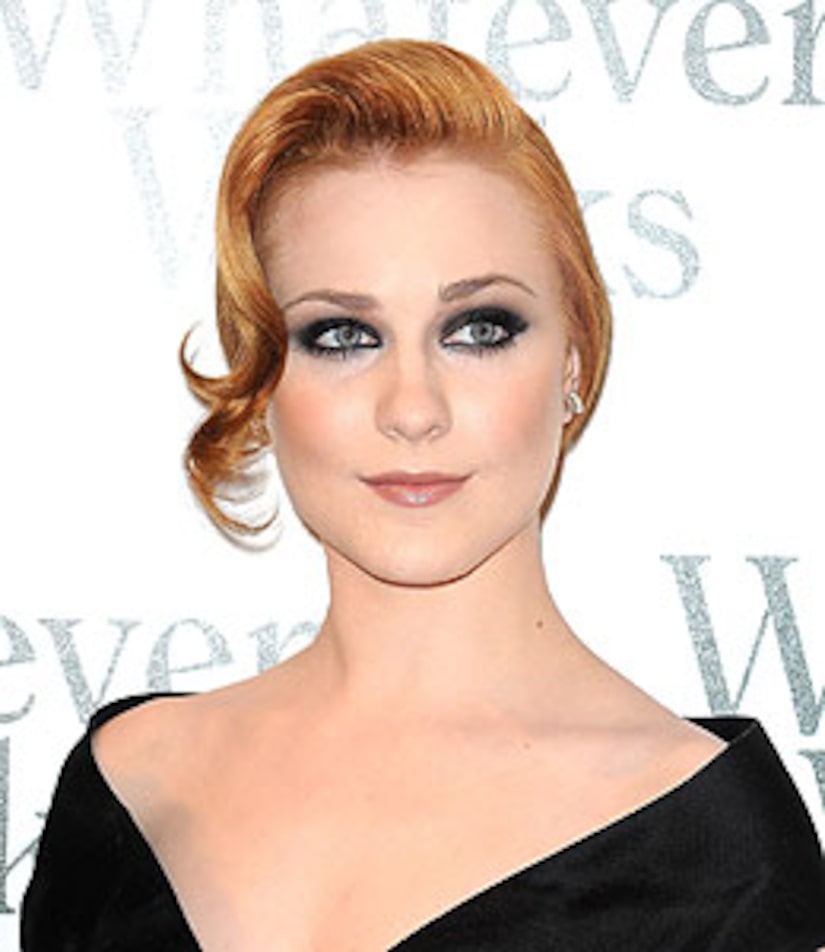 Evan Rachel Wood makes her fang-tastic debut as Sophie-Anne, the vampire queen of Louisiana, on "True Blood" this week -- and the actress is dishing about her sexy, devilish counterpart.

Wood tells E! Online that Sophie-Anne could end up having steamy love scenes with any of her co-stars -- women included. "She's not necessarily a lesbian. Her human partner is a girl, but I'm pretty sure she goes both ways. I think vampires are like that in general."

Wood, like her "Blood" co-star Anna Paquin, revealed that she has no problem stripping and filming sex scenes for the show. "I don't know if I am having sex with anyone yet," Evan said coyly, "but I certainly have a steamy scene with someone that I don't think you'd really expect. So it will be a little fun."

Prior to landing the role of Sophie-Anne, the 21-year-old admitted that she was a huge fan of the hit HBO show -- and accepted the part before reading the script! "I said yes, even before I read the script. I didn't really care."

Wood also told what team she's on in the love triangle developing between Sookie, Bill and Eric. "I would say, Team Alex (Skarsgard) -- Eric!" She added, "That's another great thing about my job -- all of my scenes are with Bill and Eric! I was constantly surrounded by beautiful people."