The famous foursome is returning to TV! Everyone is anxiously awaiting the "Seinfeld" reunion on "Curb Your Enthusiasm" next month. Jerry Seinfeld, Julia Louis-Dreyfus, Jason Alexander and Michael Richards laugh it up on the cover of Entertainment Weekly with "Seinfeld" creator Larry David. 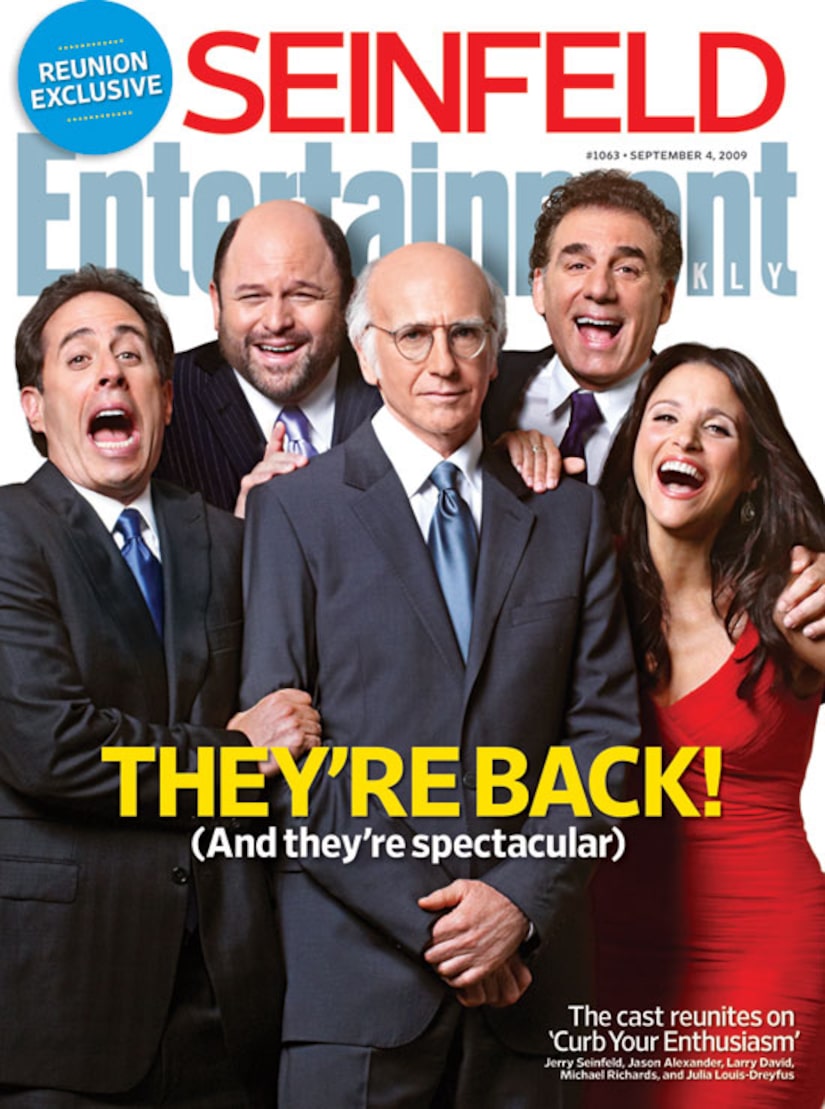 David dished to "Extra" about the big reunion, "They're not in every show. They will be in five episodes in the season." The quirky TV star adds, "I really think people are going to get a kick out of it."