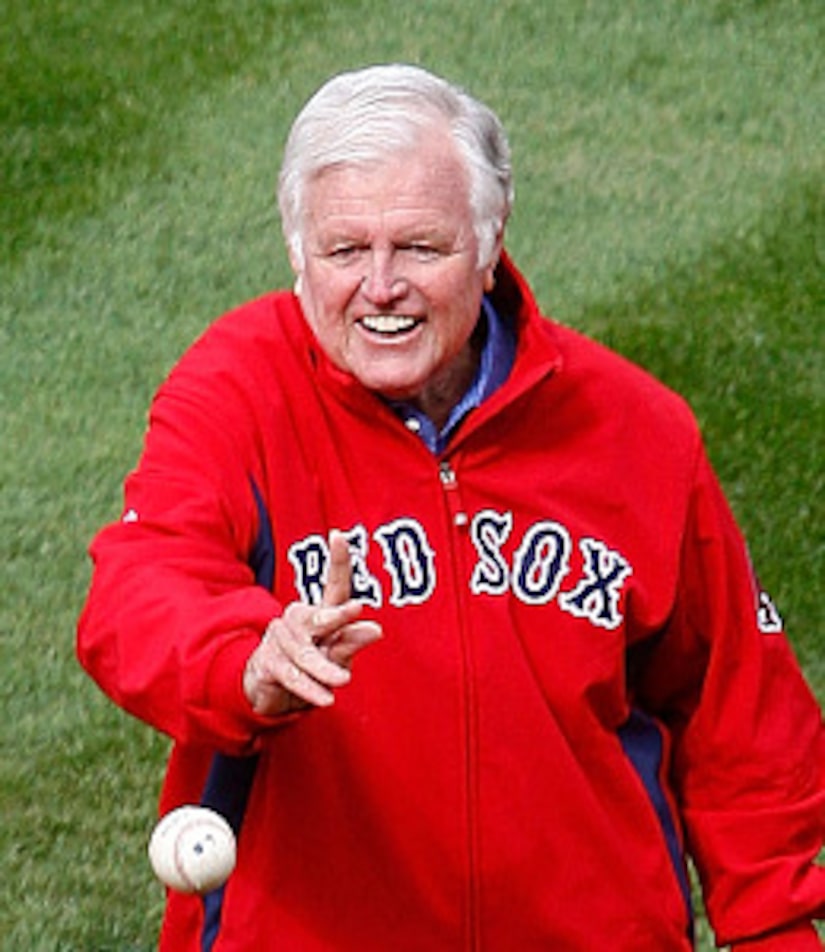 The late Senator Ted Kennedy was honored by the Boston Red Sox at their game on Wednesday night.

Kennedy, a lifelong fan of the Red Sox, threw out the ceremonial first pitch on opening day earlier this year. Last night, the U.S. flag flew at half-staff at Fenway Park as an Air Force bugler played "Taps" -- a tradition usually reserved for playoffs and opening day. The National Anthem was sung by the group "Hyannis Sound" to honor Kennedy's ties to Cape Cod.

Kennedy wasn't the only baseball fan in his famous family -- 97 years ago, his grandfather John "Honey Fitz" Fitzgerald, the mayor of Boston at the time, christened the Boston ballpark.