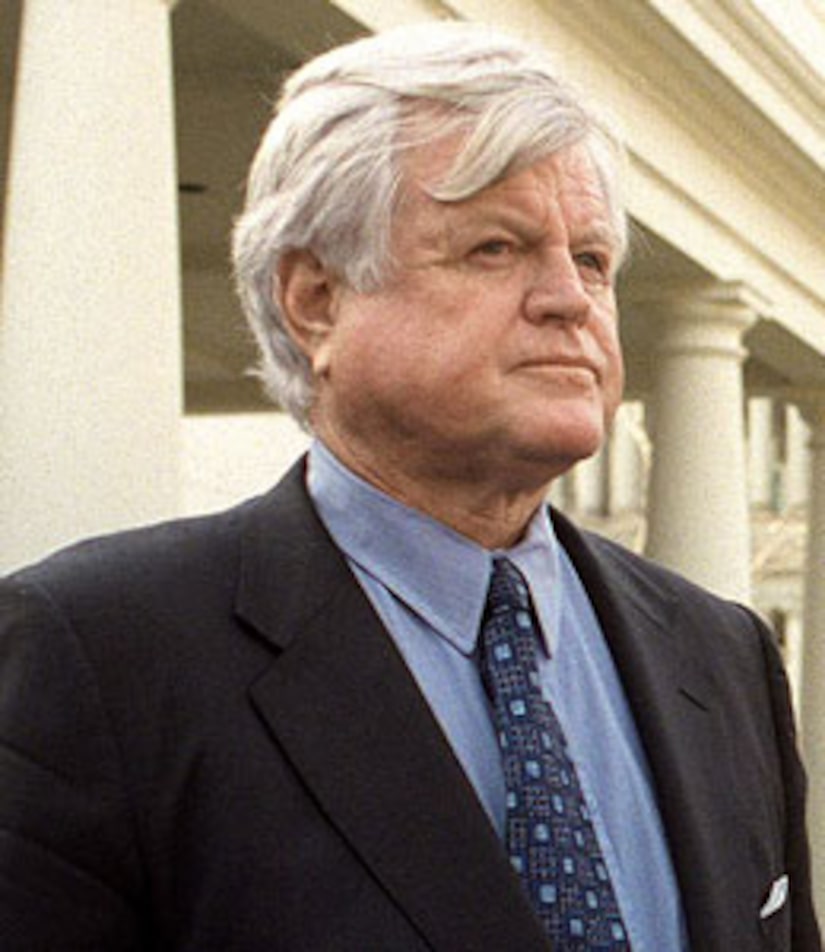 The "Lion of the Senate" and the last of his generation of brothers, Massachusetts Senator Edward "Ted" Kennedy passed away late Tuesday night after a lengthy battle with brain cancer. He was 77. His death comes just two weeks after the death of his sister Eunice.

The Kennedy family released a statement early Wednesday saying, "Edward M. Kennedy -- the husband, father, grandfather, brother and uncle we loved so deeply -- died late Tuesday night at home in Hyannis Port. We've lost the irreplaceable center of our family and joyous light in our lives, but the inspiration of his faith, optimism, and perseverance will live on in our hearts forever. We thank everyone who gave him care and support over this last year, and everyone who stood with him for so many years in his tireless march for progress toward justice, fairness and opportunity for all. He loved this country and devoted his life to serving it. He always believed that our best days were still ahead, but it's hard to imagine any of them without him."

Kennedy was born February 22, 1932, the youngest of nine children of Joseph P. Kennedy, Sr. and Rose Fitzgerald. He was the youngest brother of President John F. Kennedy and Senator Robert F. Kennedy. Ted was a devoted uncle who remained very close to the children of his slain brothers.

Kennedy attended Harvard in 1950 and earned his Law degree from the University of Virginia. He married Virginia Joan Bennett on November 29, 1958, with whom he had three children, Kara Anne, Edward Jr., and Patrick. The couple divorced in 1982.

In 1964, Kennedy was in a plane crash in which the pilot and one of Kennedy's aides were killed. He was pulled from the wreckage by fellow senator Birch E. Bayh II (D-Ind.), and spent weeks in a hospital recovering from a severe back injury, a punctured lung, broken ribs and internal bleeding. Back problems plagued the Senator for the rest of his life.

In 1968, Kennedy made headlines when a car he was driving went off a bridge in Martha's Vineyard, killing Mary Jo Kopechne, a staff member of Robert Kennedy's 1968 presidential campaign. Kennedy was able to swim to safety, but Kopechne drowned. He left the scene and did not call authorities until after Kopechne's body was discovered the following day. Kennedy pled guilty to leaving the scene of an accident and received a suspended sentence of two months in jail.

In 1980, Kennedy ran against incumbent president Jimmy Carter. He was able to win 10 primaries, while Carter won 24. Kennedy later conceded. Carter lost to Reagan. Kennedy served as Chairman of the Senate Health, Education, Labor, and Pensions Committee. He also served on the Judiciary Committee, as well as the Armed Services Committee. He was a member of the Congressional Joint Economic Committee and a founder of the Congressional Friends of Ireland. He was a champion of health care for every American and worked tirelessly on behalf of America's children and seniors alike.

Kennedy was named one of "America's 10 Best Senators" in 2006 by Time magazine. On May 20, 2008, doctors announced that Kennedy was suffering from a malignant brain tumor, diagnosed following his seizure of the previous weekend. On June 2, 2008, Kennedy underwent brain surgery at Duke University Hospital.

Kennedy rallied to speak at the Democratic convention in Denver on August 25, 2008 -- he died exactly one year later, almost to the hour.

He victoriously returned to the Senate to sign a Medicare bill. He attended President Obama's inauguration in January, but suffered another seizure at the luncheon following the ceremony.

Kennedy is survived by his three children, wife Victoria Reggie Kennedy, and her children from a previous marriage, Curran and Caroline. Joan Kennedy also survives.

What will you remember about Ted Kennedy? Discuss this in our community.