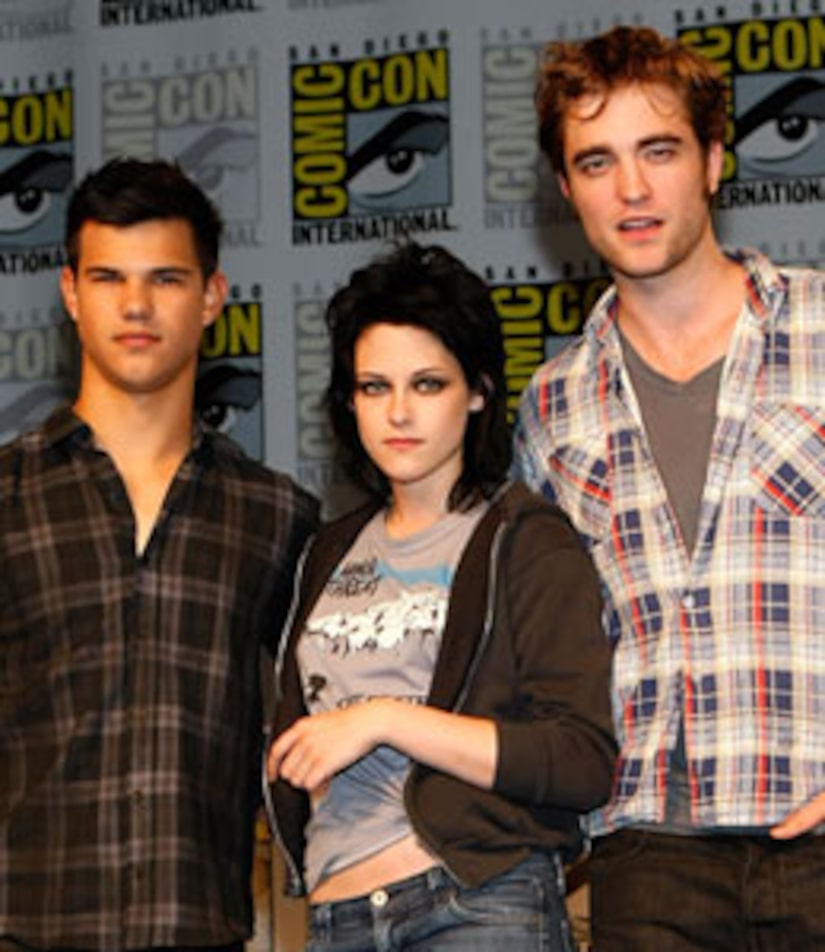 Breakups are never easy, especially in the world of "Twilight." Kristen Stewart says it "killed" her to break hearts on film.

"It's like, people don't just break up [in the "Twilight" films]. They break up and it literally kills you," Stewart tells MTV News. "It's not like you just say, 'Oh, I'm really depressed and crying.' Everything is supposed to be a fantasy version of that."

In the upcoming "The Twilight Saga: New Moon," Stewart's character Bella tells Jacob (Taylor Lautner) that she has feelings for vampire Edward (Robert Pattinson). "My favorite line in the book is when I have to say to Jacob, 'It's him; it's always been him!'" Kristen confesses. "Yeah, it killed me. It killed me."

Lautner agrees with Stewart. The buff hunk tells MTV News that "New Moon" is "very complicated... there's a lot of heartbreak, there's a lot of things going on. Edward leaves at the beginning, she goes into this depression, I come to try and bring her out of it."