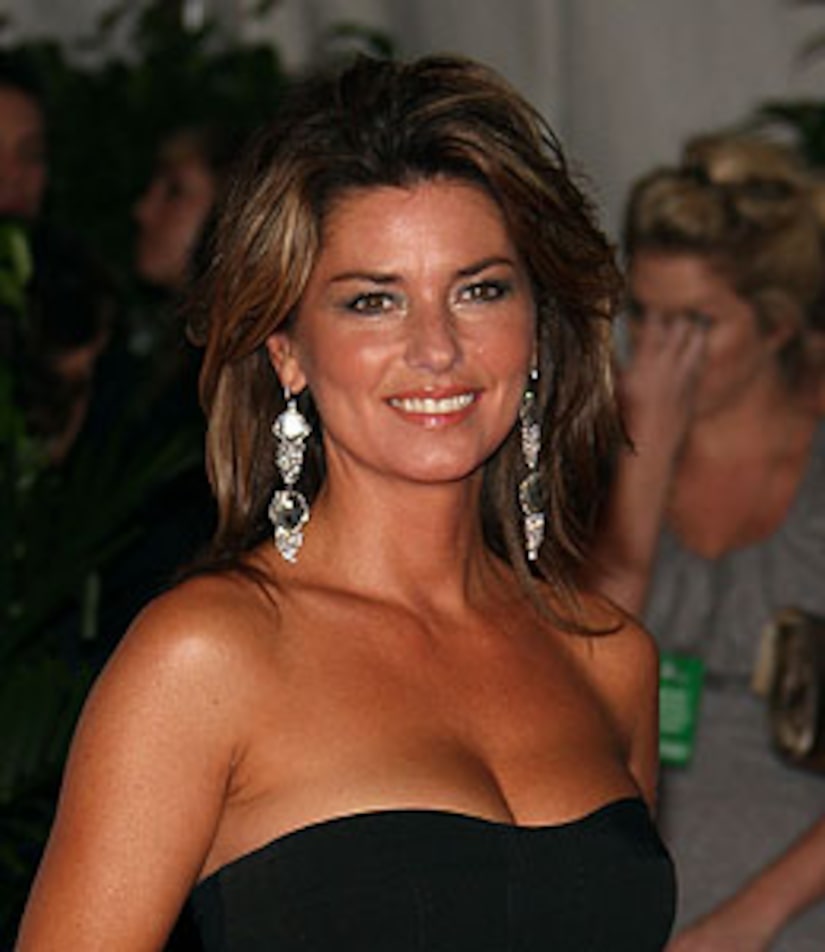 Singer Shania Twain was spotted in Canada with rumored boyfriend Frédéric Thiébaud -- and despite the fact that both were wearing rings on their fingers, Shania is not set to get hitched.

"They are not engaged and they are not married," Shania's rep tells "Extra." Twain, who turns 44 on Friday, and Thiébaud, 39, were spotted relaxing with their children at Shania's lakeside cottage.

The two have been spending time together since Twain split from her husband Robert "Mutt" Lange after reports surfaced that he was cheating on her with Marie-Ann Thiébaud -- Frédéric's ex!

Shania is set to guest judge the "American Idol" auditions in Chicago this weekend.