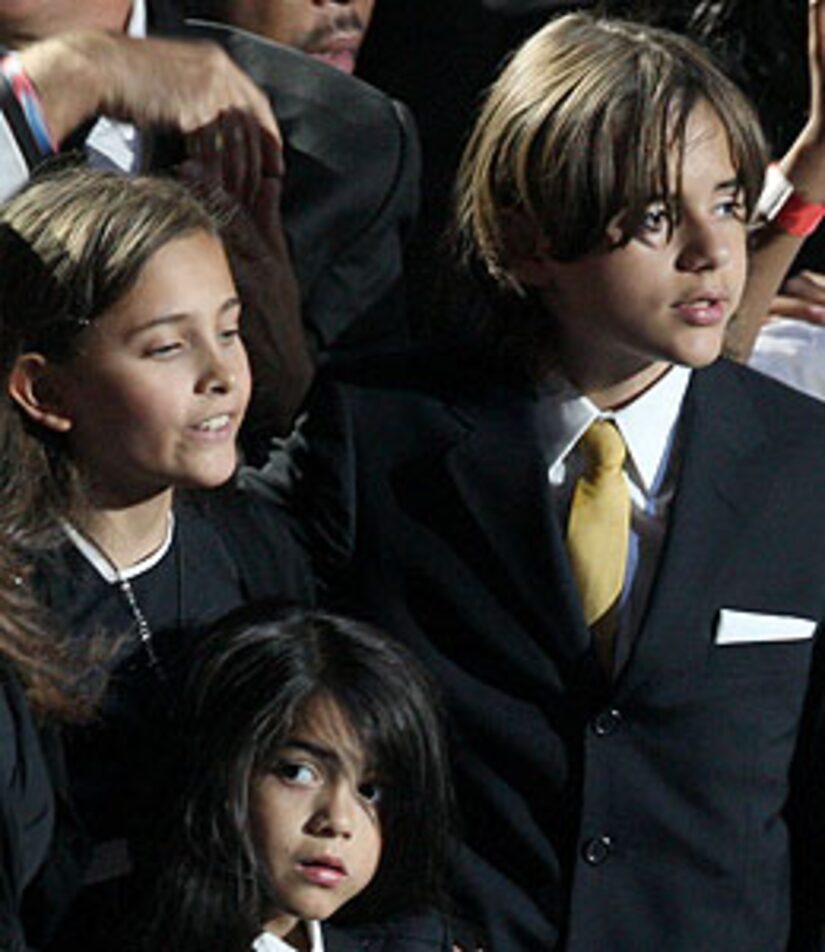 Michael Jackson's brood was spotted splashing in a Las Vegas pool this weekend, as grandma Katherine watched from the side.

According to People magazine, Prince Michael, Paris and Blanket sipped on virgin strawberry-banana daiquiris and played in the pool at the Palms Casino Resort in Sin City. Michael's mother Katherine, who was granted custody of the brood after the pop icon's death, kept an eye on the kids during their poolside antics.

The brood also dined with their uncle Jermaine on Saturday night at the Las Vegas hotspot N9NE Steakhouse, in the restaurant's private dining room.