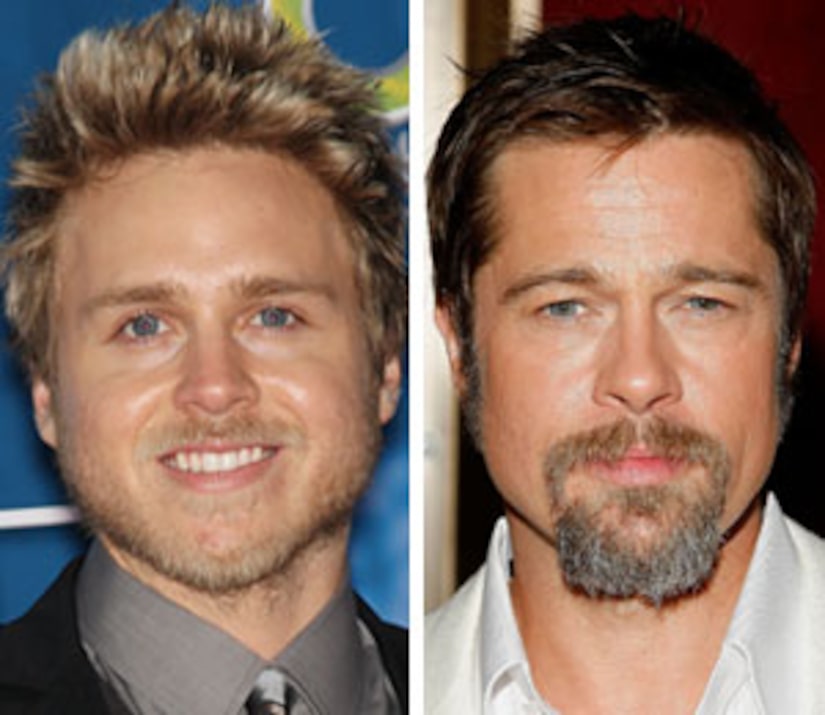 Spencer Pratt has a hero other than himself, and it appears it's... Brad Pitt?!

In his new book, the reality TV villain says he's impressed with how Pitt handled his split with Jennifer Aniston in 2005.

In "How to Be Famous" he says, "There literally is not another situation in the history of Hollywood where a man left a woman as beloved as Jennifer Aniston for someone like Angelina Jolie (a home-wrecking head case) and still ended up the good guy." Pratt writes, "We salute you, Mr. Pitt!"

The 26-year-old Pratt is known for his feud with former "Hills" star Lauren Conrad. He states, "If I weren't me, I'd hate me." Spencer adds, "When you're the villain, you don't have to worry about how your enemy feels."

"How to Be Famous" is expected to hit bookshelves this November.