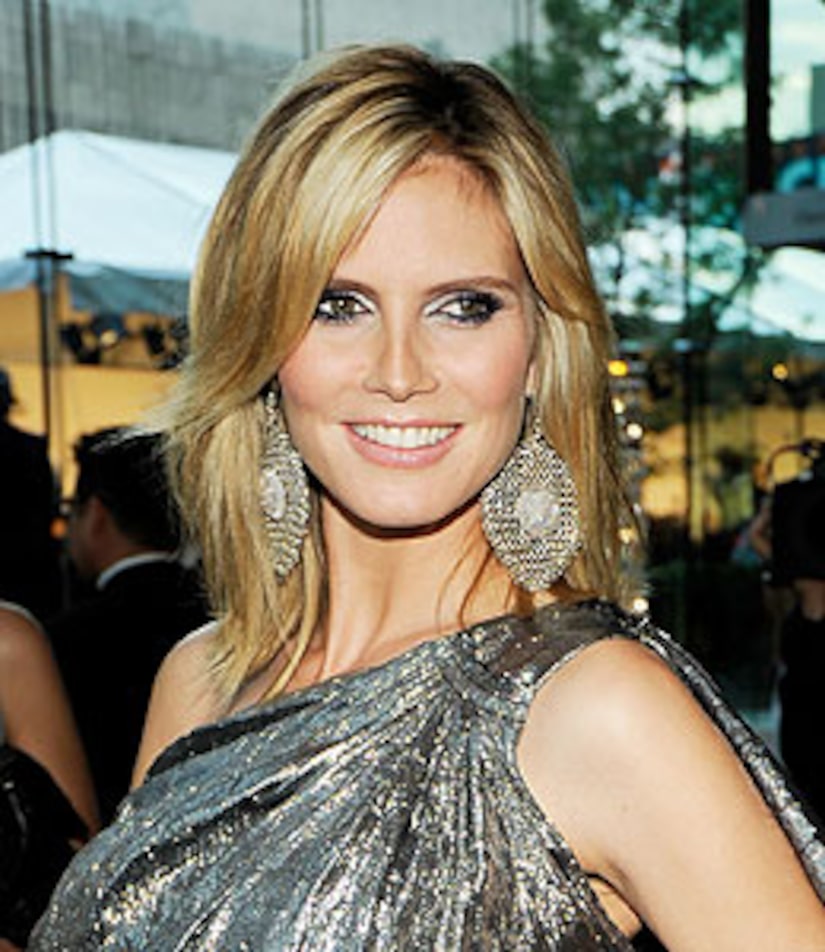 Make it work! The new season of "Project Runway" has returned -- and hostess Heidi Klum and fashion guru Tim Gunn are opening up to "Extra" about the style challenges and star judges on the show.

Heidi tells "Extra" that this season's challenges are harder than ever -- reportedly including the task of designing a red-carpet gown for Nicole Kidman. "Every year, the bar goes up a notch."

The "Runway" hopefuls always receive style suggestions from fashion-forward Tim Gunn, who spills to "Extra" that he's happy to be back with the show. "I'm thrilled. I don't have the adequate words to say how excited I am.

Season six of the show also brings a host of Hollywood talent to the judging panel, including Eva Longoria Parker, Lindsay Lohan and songstress Christina Aguilera -- whom Klum says knocked the contestants off their feet! "Christina Aguilera walks around the corner. I mean their eyes are this big and their jaws fall to the floor and they can't believe what's happening."

Heidi, who's pregnant with her fourth child, also opened up to "Extra" about expecting another little girl after giving birth to two sons in a row. "I'm very happy," says Heidi of having a girl. "Maybe the shop would not have been closed if it would have been another boy."

Klum is up for an Emmy for her work on "Project Runway" -- and admits that it's difficult to plan her look while her belly grows every day. "It's a challenge for the designer to make an outfit for me when they don't know how big I'm gonna be."