Sexy "True Blood" star Ryan Kwanten struggled to stay good as Jason Stackhouse on the vampire show -- but the actor was more than happy to shed his shirt for a GQ spread! 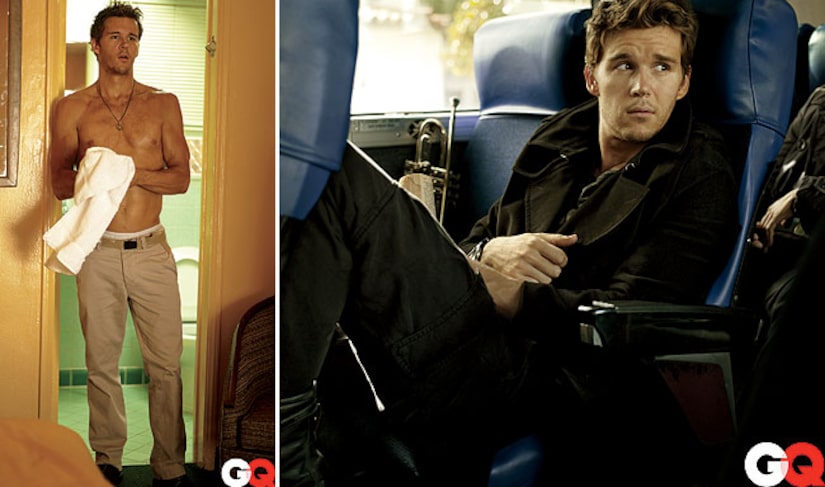 Kwanten opened up to the magazine about how "True Blood's" leading lady Sookie Stackhouse (played by Anna Paquin) expresses her sexuality much more in the second season -- following her on-screen brother's style. "I led the way in the sexual shenanigans department in the first season," the Aussie hottie, 32, revealed. "But this season, Anna Paquin is far more naked than I am."