The Los Angeles Police Department has released a statement about the investigation of a sex video involving "Grey's Anatomy" stud Eric Dane, his actress wife Rebecca Gayheart and former Miss Teen USA Kari Ann Peniche. The LAPD obtained the DVD and has launched an investigation for "criminal activity." 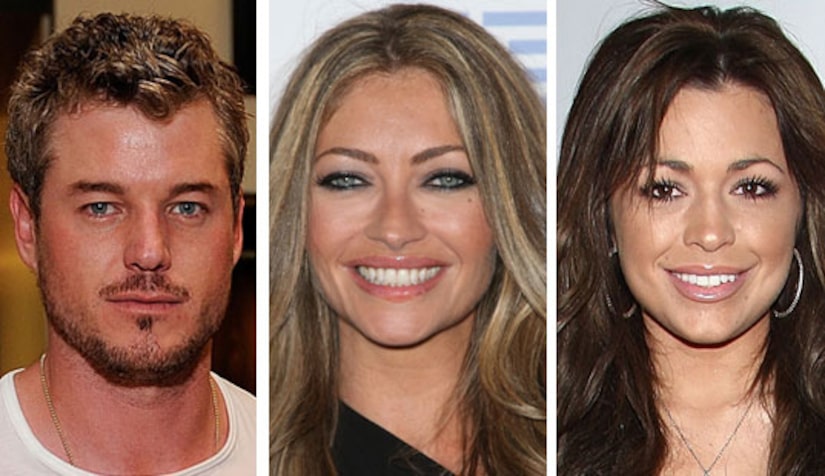 "On July 30, 2009, an unnamed source provided the LAPD's Detective Support and Vice Division with a copy of a DVD. According to the source, the DVD contained images that could link celebrities engaging in illegal activity," the statement said.

The LAPD will continue to review the DVD for potential evidence. Therefore, additional information about the contents of the DVD will be treated as confidential."

On Wednesday, Dane returned to the set of "Grey's" while rumors swirl about Peniche.

The 25-year-old is no stranger to scandal. Peniche was stripped of her Miss Teen USA title after posing for Playboy in 2004.