After rounds of interviews, Kate Gosselin returned to her Pennsylvania home to find herself locked out, and Jon with the kids -- along with the nanny he's allegedly hooking up with! 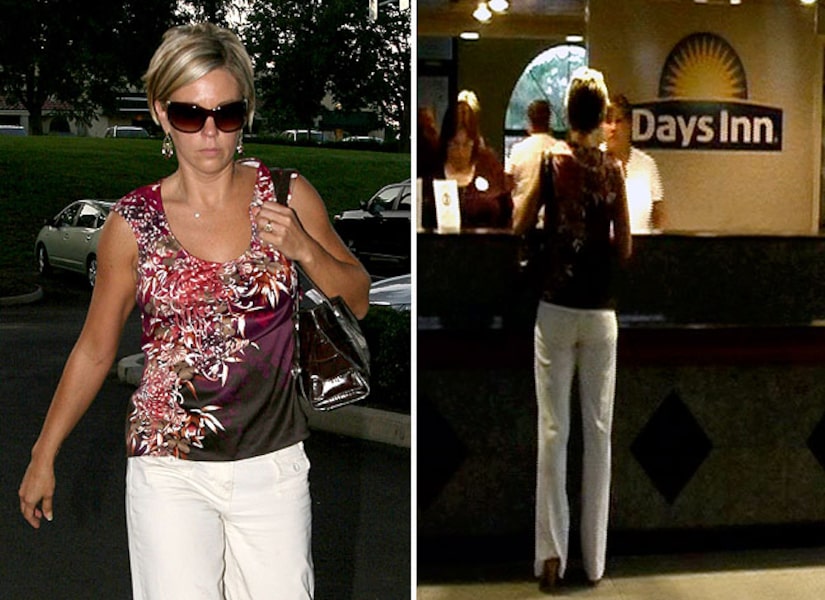 Kate reportedly started screaming loudly at Jon for locking her out of the house -- and the police were called to the scene. Earlier this week, the reality mom revealed on the "Today Show" that she's currently living in the home she used to share with Jon -- and she's not going anywhere. "I live at home with my kids. That's where I belong. That's where I will stay."

After the incident, a tearful Kate left the scene and proceeded to a local Days Inn.

The drama at their house should ease in two weeks -- when Jon's slated to host a pool party at the MGM Grand's Wet Republic.