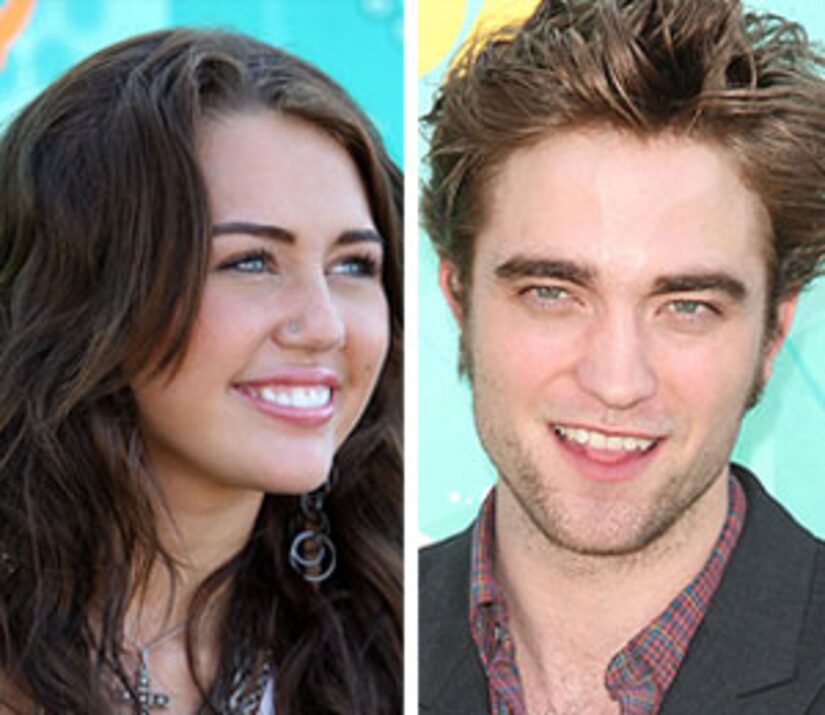 Sorry, "Twilight" fans, but teen queen Miley Cyrus, 16, has entered the competition with girls vying for the heart of Robert Pattinson!

The "Hannah Montana" star, who previously said she didn't know why girls went gaga for the vampire hunk, changed her mind after giving Rob, 23, a hug at the Teen Choice Awards!

Cyrus announced her change of heart via Twitter, writing, "Gave a hug to Rob Pattinson today. Ok girls I get it now. So cute. Sorry "Robby" bout all my bashing in my past :)" (sic)

Miley was previously linked to Nick Jonas and underwear model Justin Gaston. RPattz, who has been linked to a bevy of young Hollywood beauties, is currently in Vancouver filming the third "Twilight" installment, "Eclipse."